Apple’s iPhone trade-in program has just hit the United Kingdom and Germany. First launched prior to the iPhone 5s / 5c’s September announcement in the United States, it allows customers to gain some credit back for their current iPhone and trade said handset in for a shiny new one. Unfortunately, though, the return on any iPhone seems to be way below what most would perceive as a respectful amount, and thus, the trade-in program is probably just for those who find the business of private selling just way too intolerable.

Of course, as with any trade-in offer, the store is always going to win. If Apple were to begin offering the kinds of prices seen on Internet auction sites such as eBay, then nobody would private sell, and Apple simply would not make any money. But with the trade-in offer sometimes falling below half the going rate depending on your device and its condition, there’s perhaps only so much money consumers will forgo for the sheer convenience of dealing in-store. 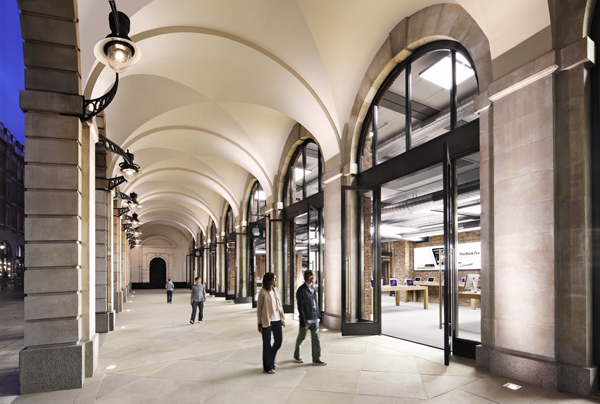 Considering how much a new iPhone is going to cost anyway, you’re financially much better off selling on eBay, but it depends largely on how highly you value your time. When selling online, you have to make allowances to send it to the buyer, often wait for the payment to process, before giving a cut of the proceeds to the company through which you made the transaction. With the Apple Trade-In, none of that hassle is necessary, and so even if the offers are frighteningly low, I’m sure many will take advantage because it’s quite simply easier.

With the outright price of the basic-level iPhone 5s having crept up from £529 with the iPhone 5 to the current £549, the amount of money made on that current handset is perhaps even more critical than ever before, and with this jump in price having already swayed many to opt for the colorful iPhone 5c instead, those with less-than-extravagant budgets should certainly try and find other means of pulling that kind of money together than Apple’s trade-in.

Would you trade your old iPhone with Apple, even if it meant taking a hit to the tune of hundreds of dollars / pounds? Share your thoughts with us.