Ever notice that your iPhone 4 or iPhone 4S is almost completely glass on the outside? More so, have you had nightmares about dropping your brand new iPhone 4S on concrete? 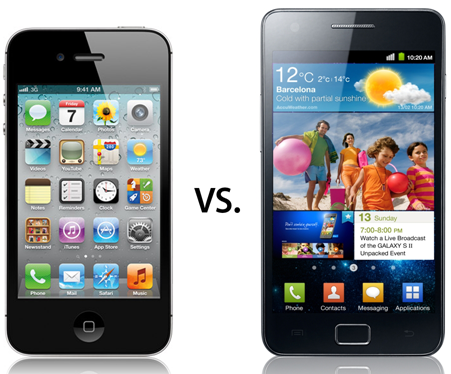 The team over a SquareTrade put Apple’s new chemically strengthened glass enclosure for a spin in their drop test. Don’t worry, in this video they included an Android powered device which famously goes by the label; Samsung Galaxy S II. Now, to give you an overview here, this post is merely comparing the build materials used in two of the top phones currently on the market. What this does for companies like SquareTrade is gives them a risk assessment for insuring devices. Getting to play with the latest and greatest cell phone and destroying them in the process sounds like my kind of job! Where do I sign up?

As you can see from the video, the iPhone 4S took some slight damage from waist high, doing a number of dings on the back lower corner. It could be worse I guess, but it doesn’t render your device completely useless when taking a tumble from that height. The iPhone became completely unusable on a face down drop, the screen completely shattered; quite a bit of annihilation!

Second in the video is the Samsung Galaxy S II. There has been quite a bit of buzz from the Android community about this phone since its predecessor did so well all over the world. The Galaxy went through the same test and though it made quite a thud it came out of the test with a few minor gouges and scratches. Its tough when you think about it; the iPhone 4/4S have such a wonderful exterior design as if its almost inspired by art, but shows that its weak when faced with an unfortunate drop. Whereas the Samsung Galaxy S II has a basic look similar to many phones that have come and gone but remains rugged and intact. The Gorilla Glass used on the Samsung Galaxy device really holds up to its reputation.

If you are in the market to cover your new device with a warranty that covers nearly everything except for intentional damage, like that shown in the video, then check out the plans over at SquareTrade. Having a good accidental coverage plan is necessary, especially when dealing with such high end electronics. If you’re stuck on contract it could get pricey to replace that device at MSRP.