Apple has just tweaked the line-up of the fifth-gen iPod touch by ditching the cheapest, $229 16GB model and replacing it with an even cheaper, $199 16GB variant that also includes a rear-facing iSight camera. Hitherto, the entry-level model has shipped in only one color (space gray), and been bereft of a main camera, but now, those picking up the base version of the device can choose from pink, yellow, blue, silver, space gray and the company’s charity-based (Product) RED.

The only downside of the new $199 model is that it doesn’t arrive with the loop accessory, which you’ll have to pony up for separately if you wish to connect it to your device. Still, given the price drop and new features, today’s announcement still works very much in the favor of the consumer, and if you’re looking for a bit more by way of on-board memory, there’s even more good news. 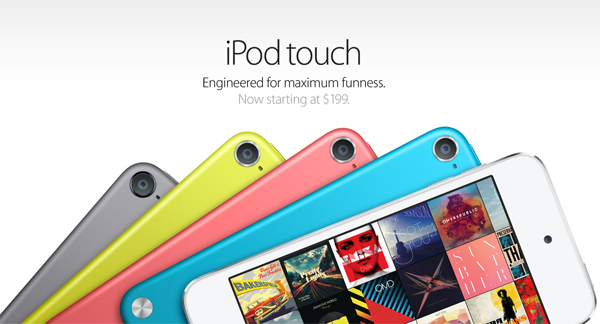 Whether this move is indicative of a hardware upgrade later on this year is anybody’s guess. With the news having once again been dominated by the talk of the next iPhone, the iPod touch has been largely ignored, but given the new reduction in price, perhaps Apple is looking to ramp up sales before launching a sixth-gen model at some point later in the year.

Considering that we’re expecting the iPhone 6 to offer a larger display size, it may well be that the next-generation iPod touch will do likewise. After all, the current model arrived when Apple first introduced that 4-inch display alongside the iPhone 5, and with the iPod touch 4th-gen having also been Retina-fied to match the 2010 release of the iPhone 4, it’s clear that Apple likes to maintain display parity between the iPhone and iPod touch. 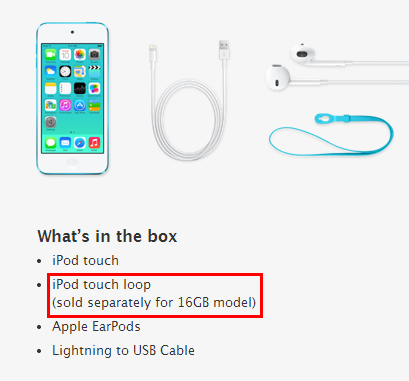 So, if you’ve been considering to buy an iPod touch for yourself – or maybe someone else – then now would be a pretty good time to invest, although do remember that there’s also a fairly good chance that this line-up will be succeeded in a few months.

Time will tell if that will indeed happen.