Apple Increases Product Prices In Europe And Canada, Here’s Why

Anyone looking to order a new Mac may have to pay more for their new computer today than they did yesterday, after Apple increased the price of some of its machines in response to the American Dollar’s strong showing against the Euro. More details on this news can be found right here.

Having previously raised its prices in Europe this past March, Apple has again bumped prices in order to account for the strong American Dollar in countries such as Germany, France, Ireland, Italy, Netherlands, Portugal, Finland with some Macs seeing price increase of hundreds of Euros depending on the model chosen.

As an example of the price bump now showing in some European countries, those looking to pick up a new iMac will be paying anywhere between 150 and 300 Euros more today than yesterday. Things tend to take a turn for the worse when the Mac Pro is brought into the equation, with the base model seeing a 400 Euro increase and the highest-end Mac Pro suffering a 600 Euro increase over what those ordering yesterday would have paid. Hefty price to pay indeed when you compare it directly to the U.S. Apple Store.

The situation is the same when you look at Apple’s Mac mini, though the MacBook, MacBook Pro and MacBook Air prices have oddly remained unchanged. Accessories such as mice and adapter cables have seen increases in their price though, so the chances are you’ll notice these inflated tags at some point anyways. 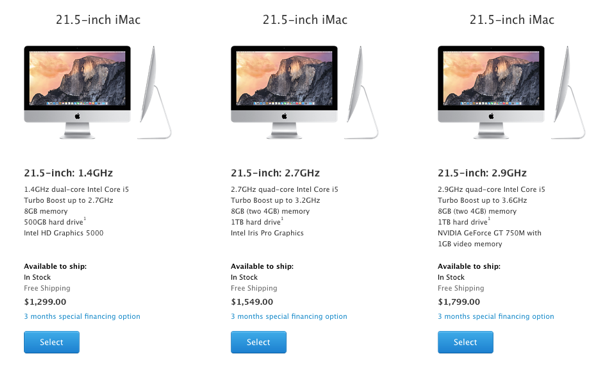 Europeans aren’t the only ones reeling from a price increase, with Canadians also seeing price bumps following the fluctuation of the conversion rates between the Canadian and U.S. Dollars. For example, if you’re going for an iMac – 21.5 or 27-inch – you’ll be greeted with a price bump of $100 to $150, depending on the model you’re going for. The Mac Pro also sees a significant price bump, which means you’ll end up paying up to $400 more, and again, this completely depends on the model you’re going after.

Apple has historically increased prices in countries where the exchange rate has affected its bottom line, and this latest move should probably come as little surprise. That won’t help anyone who has been pricing up a new Mac only to find the prices have changed overnight, though.