If you see the words “Apple” and “patent” put together in the same sentence in the current landscape, then it’s easy to immediately imagine that it could be hardware-based and related to the upcoming iPhone 8. However, this time around it’s definitely not that case, with the United States Patent & Trademark Office granting Apple filing a patent relating to an “avatar editing environment” which would essentially allow iPhone and iPad owners to create a digital representation of themselves directly within the iOS ecosystem.

Apple wouldn’t be the first company to propose a feature like this. In fact, this particular patent was actually filed by the iPhone-maker as far back as 2011, but has just been published by the patent office today, informing the world of something that is, or was, in Apple’s mind to be integrated in iOS-powered devices. 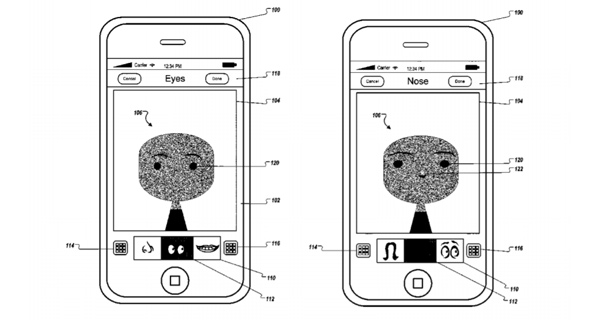 In the patent filing, Apple explains how the editing environment could be used to create a “representation of their alter ego”, which would include access to a comprehensive suite of editing tools that would allow alterations to be made to features like teeth, smile, hair, eyes, ears, and almost all other physical aspects which determine how an individual looks.

From the base description of the patent it would instantly seem like Apple was proposing a very powerful, but simple avatar creation experience that would sit in its own app and allow users to play around and create digital version of themselves.

However, in typical Apple fashion, it looks as though the idea extends beyond that simplicity, with the patent suggesting that an official API could be packaged into the official iOS SDK in order to afford third-party developers with the ability to bring those avatars into games and their own app creations. It could essentially give users one single visual identity across multiple apps and games. 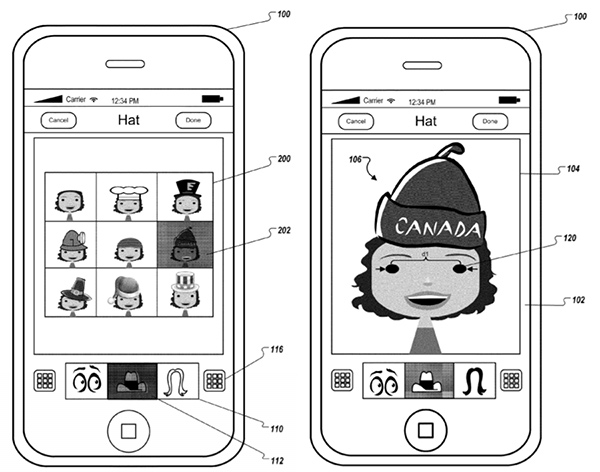 Apple also seems to envisage the avatars having deep integration with other first-party app experiences, such as Maps, FaceTime, and of course, the powerful Messages app within iMessage communications. In FaceTime for example, the user’s face could be replaced by the created avatar as well. Could we even see a potential tie-in in the future with powerful iPhone cameras which would capture the users face and then map that image across to the digital world?

As with all Apple patents, being awarded doesn’t necessarily mean that it is going to see the light of day in an actual product.