Apple today has been granted with a design patent for iPhone 4. Apple has been busy lately in safe-guarding the design and innovation of its products by taking legal cover of patent grant policy provided by the United States Patent and Trademark Office. 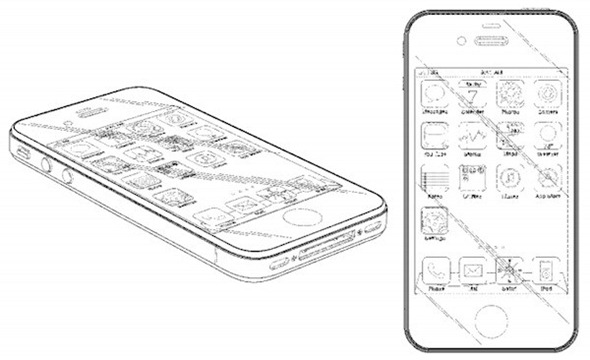 The US Patent and Trademark Office officially published a series of 18 newly granted patents for Apple Inc. today.

… Design wins for Apple’s 2007 iPod touch and iPhone 4 in addition to covering Apple TV and a key RFID patent. The RFID patent covers technology that will be built right into future iOS devices that will enable such things as wireless transfers of data from an iPhone to a desktop with just a simple shaking motion or even allow a user to open up a keyless hotel or car door with a simple swipe. It will also likely play a role in Apple’s forthcoming iWallet feature set.