He may be one of Apple’s co-founders alongside Steve Jobs, but Steve Wozniak has never been shy of telling it like it is. He’s been known to speak his mind on plenty of Apple’s product lines, and not always showing them in the best light.

The latest Apple product to be on the receiving end of Woz’s fire is one that was actually bought in from outside the company. Siri, Apple’s digital assistant and current iPhone 4S star feature, is the software that allows users to interact with the iPhone using natural speech. Ask Siri a question, and the software does its best to answer, all using real language. 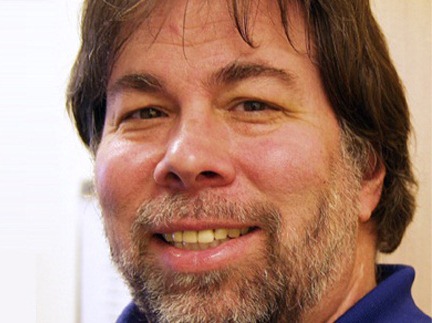 Siri has been accused of being overly limited since its release in October of last year, and Apple has announced its intention to correct this with the announcement of iOS 6 at this year’s WWDC. Alongside the new iPad support, Siri in iOS 6 will receive some of the things that have been on the top of our wishlists for a while now.

Whether that will placate Woz though, we’re not sure, because it seems he really is not a fan of Siri. At least, not in its current form.

In a video interview recently, Wozniak got onto the subject of Siri, at which he set about explaining how he was a big fan of the technology when it was a piece of software put together by a separate company. Since Apple picked up Siri though, Woz hasn’t been so keen.

According to Woz, he used to make great use out of Siri when before Apple bought it. He could ask it questions about the largest five lakes in in California, for example, and get a useful answer. Now though, it seems Siri is more interested in selling property.

“I would say, ‘Siri, what are the five largest lakes in California?’ and it would come up, one, two, three, four, five," said Woz. Ask Siri the same question post-Apple though, and he would "get all these lakefront properties" in return. Oops.

With the addition of iOS 6 later this year though, here’s to hoping that Siri receives some much needed improvements, and in the right direction, hopefully.