iOS 6 Announced For iPhone, iPad, iPod touch, Here’s Everything You Need To Know

With the rumor mill having been in overdrive over the past couple of months, Apple has finally released those all-important details of its upcoming iOS 6, and as it turns out, most of the suspected features of the fruit company’s forthcoming mobile operating system are included, along with a few surprises. 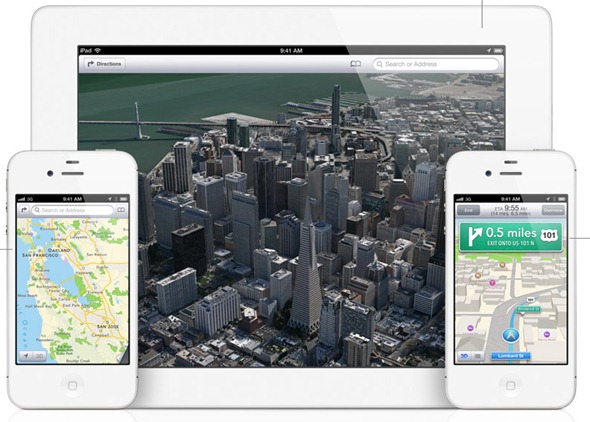 Apple’s desire to rid iOS of Google Maps in place of its own, in-house offering is the worst-kept secret in Silicon Valley, and today’s Keynote at WWDC gave us an in-depth insight into what we’re going to be seeing with the new maps app.

Thanks to the Cupertino company’s acquisition of C3 Technologies, iOS 6 will feature a beautiful 3D mapping offering, and in terms of aesthetics, it’s beautiful to look at. We have more on it in a detailed post here.

Siri has come a long way in iOS 6. You can now ask Siri about latest sports updates, make reservations in your favorite restaurants using OpenTable service, ask Siri about latest movies with Rotten Tomatoes, watch movie trailers, ask about actors and directors and more. You can now launch apps, tweet directly on Twitter. Apple has partners with Audi, BMW, Mercedes etc for a hardware button for launching Siri in cars. Support for Canadian, Italian, Korean, Mandarin for Taiwan etc has been added. 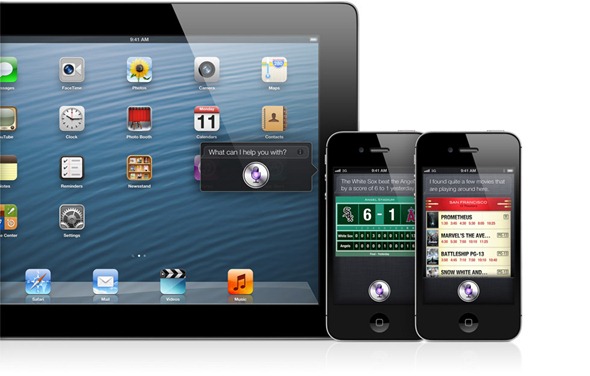 While the much-changed Maps app is arguably the centerpiece of iOS 6 as a whole, it will also be remembered as the moment when Siri finally reached the iPad. Apple’s system-wide voice recognition software has been much-lauded by Tim Cook’s company since first featuring with the iPhone 4S back in October, but the lack of support for other devices – particularly the all-conquering tablet – has left many iDevice enthusiasts bemused.

On the iPad, it looks much the same as on the iPhone version, but given the 9.7-inch display, the voice partner doesn’t command so much real-estate – allowing most of the background to be seen when activated. 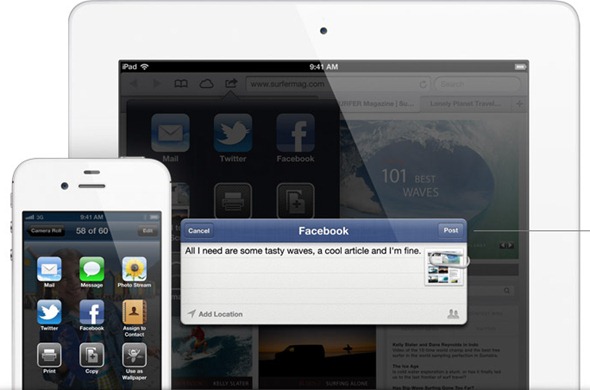 Those frequenting Facebook will be pleased to know that integration for the world’s foremost social networking site has been stepped up greatly, in a similar fashion to which Twitter was welded into iOS 5. If you wish, your Facebook login credentials can be saved onto your device, which subsequently makes logging in, linking, and posting status updates, pictures, and location to your profile from any app, or natively from iOS Notification Center a much more streamlined process. 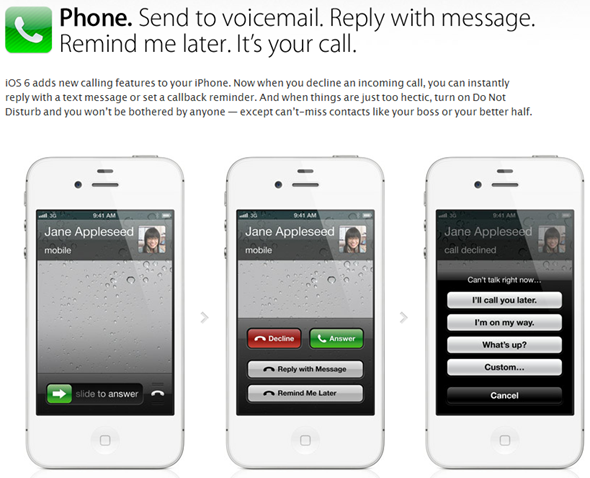 Native Phone app has received an update, a “Do Not Disturb” and “Repeated Calls” toggle has been added to Settings.app. FaceTime over Cellular is now available.

You can also now share Photo Steam pictures with your friends.

Chinese consumers will see Google Search replaced by the fast-growing Baidu, which, along with the maps situation, is another body blow to the US-based web company.

Baidu has become the search engine of choice in the world’s largest market, so Apple is operating on a supply-demand basis, although won’t be shedding many tears for the huge potential revenue loss on the part of its compatriot and fierce rival.

It only seems like yesterday iOS 5 arrived in a hail of glory, but the previews of iOS 6 on display today show Apple has been working hard on updating and improving its software for the hundreds of millions of iPhone, iPad and iPod touch users worldwide. As of today, iOS 6 beta is available for registered developers of iOS Dev Center.

Final version of iOS 6 will become available to the public later this year alongside the next iPhone, which, as you might expect, Apple neglected to mention today.