Apple CEO Tim Cook is to hold a fundraiser for Hillary Clinton’s Presidential campaign, according to a report by BuzzFeed. While not an Apple event,  the company’s VP of Environment, Policy, and Social Initiatives Lisa Jackson will also be in attendance at the event.

While Cook recently threw a fundraiser for Republican Speaker of the House Paul Ryan, this event in aid of a candidate from across the political divide should not be a huge surprise – both Cook, and indeed, Apple have been known to throw their weight behind whichever party is best aligned with its goals and beliefs depending on the subject and matter at hand. 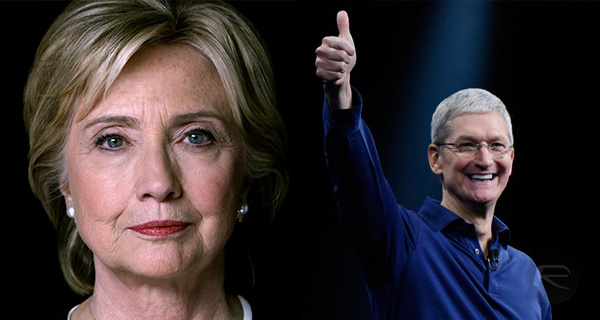 Details of where the Clinton fundraiser will take place are not yet public, with invitations having already gone out and the address of the venue set to follow.

Cook, joined by Lisa Jackson, Apple’s vice president of environment, policy and social initiatives, will help raise money for the Hillary Victory Fund, according to an invitation obtained by BuzzFeed News. The fund is a joint fundraising committee that contributes to the Clinton campaign, the Democratic National Committee, and 38 state parties. The fundraiser will take place on August 24, with an address to be provided to guests.

As will always be the case with such a-high profile CEO as Apple’s Tim Cook, it is difficult to separate the man from the company and many will see this as Apple backing Hillary Clinton for President. It is important to remember that this isn’t an Apple event, even though two of the company’s leading lights are involved. Unfortunately, that fact will likely be lost on many.

While Cook’s support for Clinton may be both surprising and unsurprising in equal measure, Jackson had already backed her way back in January and that support does not look likely to waver.