Apple has held Apple Camp for kids at its Apple Stores for the past few years and that continues this year with the company officially opening registration for this year’s camp.

Designed for kids aged between eight and 12, the camp helps kids improve their ability to create digital content via training sessions that are held at local Apple Stores. 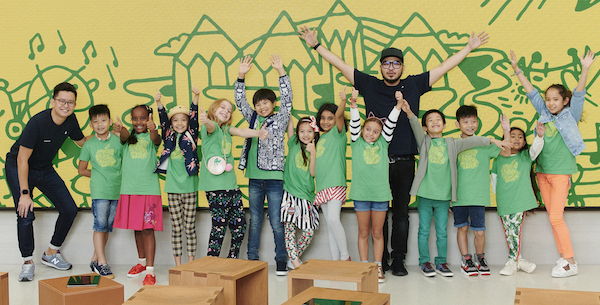 This year’s Apple Camp for kids will focus on three main programs all of which are build around different ideas of what it means to be creative. The first of those will aim to teach kids the basics of coding thanks to Sphero Robots, something that we think adults would enjoy as well.

“In this three-day session for kids ages 8-12, we’ll introduce the fundamentals of coding using Sphero robots. Each day Campers will learn a new coding concept and practice problem-solving skills. They’ll partner up for fun activities to program their Sphero to change colors, create sounds, complete challenges, and more. Then they’ll apply their coding skills to design their own games.”

If your kids are a little more musically inclined then there is also going to be a program based around creating music via Apple’s own GarageBand app. The camp itself covers three days and will help young creators learn about what it takes to create songs. At the end of the camp attendees will share their work with the rest of the group.

“In this three-day session, kids ages 8-12 will discover the magic of beat making and songwriting. They’ll start by exploring basic elements of song structure and how beats create the foundation of a song. Campers will get hands-on as they create music using Touch Instruments, add vocals, and fine-tune their creations with GarageBand on iPad. On day 3, they’ll share their songs with the group.”

Finally we have a video-focussed camp that uses Apple’s Clips app. Budding filmmakers will work through how they can tell stories using video as well as other media such as music and still photographs. Again, once the camp is done and dusted kids will share their work with the group, something that should be a great experience for all concerned.

“Future filmmakers ages 8-12 will explore the creative process of telling stories using video, photos, and music. Campers will brainstorm and storyboard their ideas. They’ll get hands-on in groups to capture short videos, edit and enhance their shots with fun graphics and filters, and add opening and closing titles in the Clips app on iPad. On the final day, they’ll present their video stories.”

As ever, uptake of these camps is expected to be quick so if you have kids who want to attend then we suggest getting their names down without delay. You can find out whether you have a local store which is participating in the camps via Apple’s website here.