Apple likes to tout its iOS range as advocates of productivity as well as simply entertainment, and with new indication of the company offering peer-to-peer AirPlay with iOS 8 and Apple TV, that claim may soon hold even more legitimacy. Apparently, the new infrastructure will allow owners of iOS 8 devices to stream and broadcast to a host’s Apple TV without being connected to the same network, which deals with a common issue related to complicated enterprise networks in which the host often doesn’t play ball.

The Cupertino-based company made a lot of announcements at yesterday’s manic WWDC keynote address, but in typical Apple fashion, left a lot of the details either to the imagination, or wallowing in a pool of ambiguity. Thus, while we now know that iOS 8 will have widgets and iOS 10.10 will definitely be called Yosemite, we’re only really halfway to knowing how all of these new features will fall into place upon release. 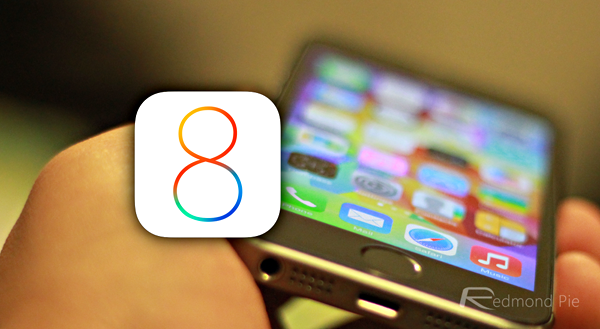 In the run-up to the keynote, we thought that Apple may take the wraps off some new hardware, including, possibly, a fourth-gen Apple TV. Whilst this doesn’t appear to be happening just yet, it does seem like Apple’s continued push to improve the capabilities of its set-top are ongoing, and as per the iOS 8 preview page on the company’s official site, iOS 8 users “can wirelessly connect iPad, iPhone, or iPod touch to Apple TV without first connecting to the organization’s network.”

At this point in time, it’s not precisely clear how this new system would work, although it will seemingly make light of the typically arduous situation that is connecting to an enterprise network. The reference to the new feature is very scant on the details front, and whilst we could guess that it may operate via Bluetooth and offer support for OS X as well as Apple TV, we would only be making assumptions at this point. 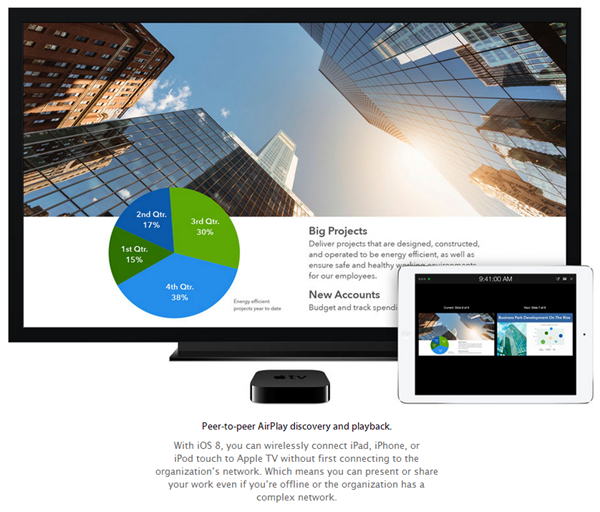 Even though Apple TV didn’t get its upgrade at WWDC, there’s no saying that the little black box won’t be bolstered in the next couple of months, and with reports touting a mass hardware release in Q3, we wouldn’t be surprised to see a 4th-gen Apple TV appear around the time of the next iPhone.

We’ll keep you updated on all of the important announcements and reports regarding Apple and Apple TV, so stay tuned!