Apple Back To School 2014 Program Kicks Off, Here Are The Details

Apple has once again launched its Back To School promotional program, offering great deals to students looking to invest in a new Mac, iPhone or iPad. Those qualifying can expect a $100 Apple Store gift card with any Mac purchase, although this excludes the Mac mini, while students can also score themselves a $50 gift card when buying an iPhone or iPad. Whereas, in previous times, Apple has offered iTunes Store cards of similar value, this deal means that a user can spend the credit on peripherals, software, cases, and other such effects.

Arguably, the Store credit, which can be used either online or at a brick-and-mortar Retail Store, is more useful to somebody who has just purchased, say, a new MacBook or iPad. After all, a student may then wish to buy a decent case to carry their new acquisition around in, and while App Store credit is also handy for grabbing new apps, students at college and university tend to have other means of obtaining the necessary apps and programs at discounted rates. 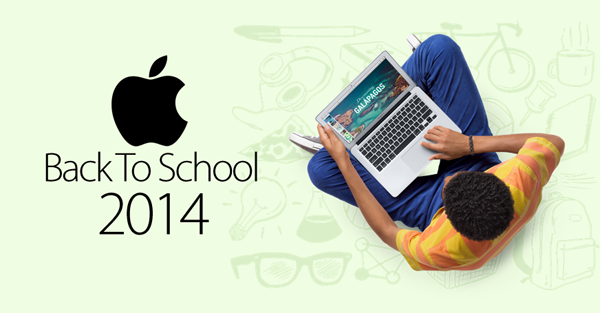 The Back To School promo officially commences today, and runs through to September 9th, so you still have plenty of time to decide if you have another busy year of studying in your plans. It’s something of a shame that the Mac mini is not part of the deal given that it’s the only consumer-level Mac that can be substantially upgraded aftermarket, but nevertheless, $100 to spend after buying a Mac or iOS device is not bad going at all.

Additionally, students able to receive the Education discount can still do so while taking advantage of the Back To School offer, which is a real bonus. Often, multiple offers cannot be used in conjunction with one another, but given Apple’s constant effort to facilitate education, it’s no surprise that the company has thrown out these generous discounts to students. 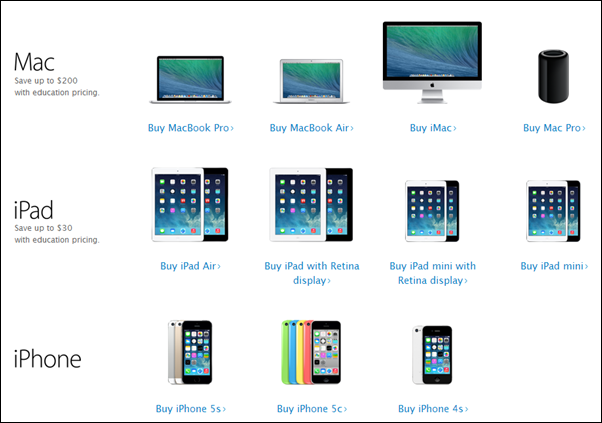 As aforementioned, students have just over two months to go and grab themselves a new Mac, iPhone or iPad directly from Apple, and as well as being available to those in the United States and Canada, the Back To School offer also runs through many countries across Europe, including the UK.

You can start exploring what’s on offering by going here.

Are you going to take advantage of this program? Let us know in the comments section below.