The United States Patent and Trademark Office find themselves extremely busy most of the year receiving, reviewing and awarding patents to various applicants, but it seems that they have been sitting on a number of Apple related submissions that have officially been awarded to the Cupertino based company today.

The USPTO has published no fewer than thirty-six fresh patents for Apple Inc. that span across a number of technologies, with one of the most notable one being defined as “Desktop widgets for presentation in a layer“, which is something OS X users will more than likely be familiar with.

The Dashboard app has been a staple part of Mac OS X in one form or the other since the launch of Tiger back in 2005, with this latest patent award being added to the three patents that the company already holds related to the Dashboard app. For those that are new to OS X or haven’t taken the opportunity to explore it in full, the Dashboard app is essentially a place on OS X that allows users to invoke and run miniature standalone apps that have been built using familiar web technologies like HTML and JavaScript and styled using CSS. 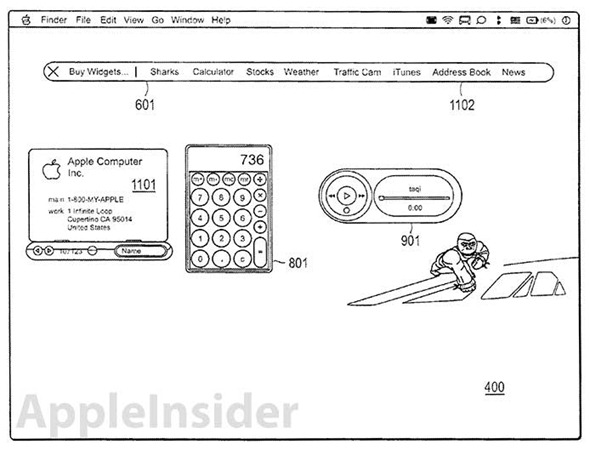 Rather than being launched like a standard app, Dashboard presents itself as a layer over the top of what is currently on the display. Apple will be adding this latest patent to the ones which they already hold relating to the Dashboard functionality in OS X, with patent number 8,321,801 being the latest one that gives a high-level description of how the widgets within Dashboard are used and function. 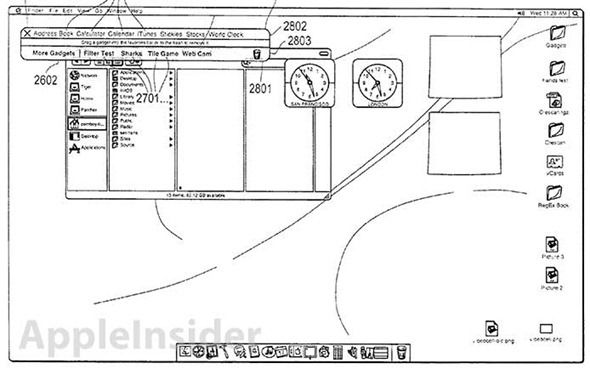 Discussions invariably take place before each major release of OS X about whether or not Apple will ultimately take the plunge and eventually kill off the Dashboard layer that has existed in their operating system for the last seven years. Some users suggest that the existence of the Mac App Store and the growing number of powerful apps available for OS X removes the need for Dashboard and lightweight widgets, but Apple is yet to show any sign of agreeing with that thought pattern.