Cupertino-based Apple and Mountain View-based Google have yet again proved that Silicon Valley is home to the world’s most valuable companies. For the third consecutive year, Apple and Google find themselves sitting at the top of the annual Interbrand Best Global Brands report. It is also a positive and exciting news for the technology industry on the whole, with more than 50-percent of the top ten listings being occupied by firms that predominantly operate in the technology arena.

The report is set to make its way into the public domain today. In order to place Apple at the top of the most valuable companies list, the consultancy has estimated its value at $170.3 billion, which represents a staggering 43-percent rise year-on-year. It is also a similar story for Google, albeit with a smaller value and smaller increase from the same period last year. Interbrand has estimated Google’s value at $120.3 billion, a rise of 12-percent from last year’s estimation. 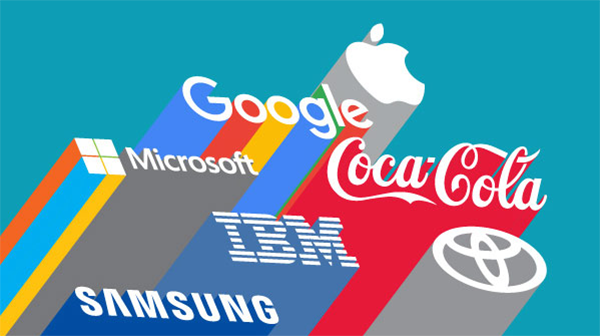 What’s particularly interesting about the report, is that although Facebook only managed to make it to number 23 on the list with a value estimation of $22 billion, the value increase from last year was actually the highest in this year’s report, a valuation that represents a rise of 54-percent. In order to compile the report, Interbrand uses a company’s financial performance, along with its ability to influence consumers to purchase its products and the level at which the company can support premium pricing in order to assign a valuation to the firm. 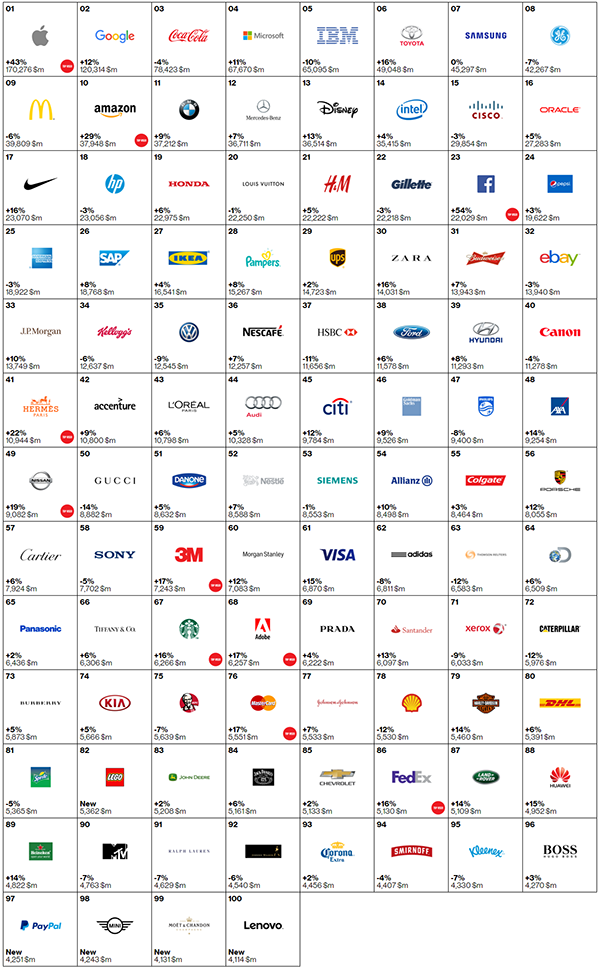 Other technology firms that make it into the top ten include Microsoft with a brand value of $67.7 billion, Samsung with an estimated value of $45.3 billion, and Amazon sitting at number ten in the list with a valuation of $37.9 billion – a rise of 29% from last year. Food and beverage firm Coca-Cola actually decreased in brand value by 4%, but still manages to cement itself into 3rd place in this list with an estimated value of $78.4 billion, approximately $9 billion more than the Microsoft in fourth place.

Great news for Apple, Google, and the rest of the companies across all sectors that have not only managed to make it into the list, but also increased in brand value. Bad news however for Nintendo and Nokia who have both dropped out of the top 100 altogether, to be replaced by Lenovo on 100th, and PayPal at number 97.