The 85th Academy Awards ceremony may be all about the glitz and glamour of Hollywood but it seems virtually impossible for a large event to pass without Apple making some kind of appearance.

In terms of viewer and potential consumer engagement, the Academy Awards are probably only dwarfed by the Superbowl, making the occasion the perfect time for the Cupertino based company to show off the iPad and iPad mini hardware as well as the powerful apps that make the product stand out from the competition. In keeping with the spirit of the event, the new commercial released today not only shows off the range of iPad hardware available but also focuses on third-party apps with movie making and film based theme.

The new commercial carries the "with over 300,000 apps, iPad is up for anything you are" tagline and emphasizes the fact that the iPad and iPad mini have a vast array of dedicated enhancements available through the App Store. As you might expect, the commercial follows the typical Apple minimalistic approach that we have become accustomed to over the last few years with particular attention being paid to apps like iMovie and iTunes that would appeal to the movie loving creative type. 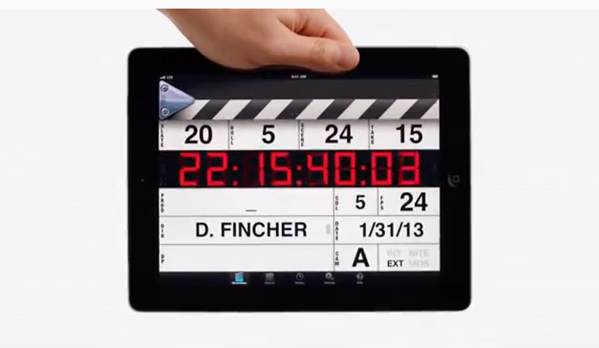 Apple’s premium products have always had a strong following amongst those in the creative world. The company’s Mac products have historically proven extremely popular with those involved in the creation and editing of music and movies, which is yet another reason why Apple is always so keen to promote their products during large events like The Academy Awards. "Magical", "Stunning" and "Tremendous" are just a few of the buzz words used during the commercial to describe what the iPad offers.

The new commercial may appeal to those in creative industries but this isn’t the first time that Apple have made an appearance during the Oscars. The first Oscar based iPad commercial was famously aired during 2010 and have been making an appearance ever since. It seems that The Academy Awards and Apple go very nicely together.