If you have been an iPhone or iPad user for any length of time, or at least set one up for a friend or family member, you will no doubt be acutely aware that there are some apps installed by default that are pretty much useless to most of us. Apple’s Stocks app is a prime example, with the Compass app another. Who really uses these things?

For years now, we’ve wanted a way to rid ourselves of these apps, resorting to putting them into folders in far flung corners of our Home screens. If newly found code within the App Store is any indication though, we may soon be able to hide the Apple apps we have no need for.

Discovered by AppAdvice and confirmed by multiple sources since, the internal App Store JSON data source has gained a couple of new keys that have many pondering whether Apple will finally be giving iOS users a way of removing, or at least hiding, the apps they don’t want to see. The two keys, isFirstParty and isFirstPartyHideableApp, are new additions, and if the latter’s name is anything to go by, may indicate that Apple will soon allow its stock apps to be re-downloaded from the App Store should they have previously been hidden.

At this point, we’re purely speculating, but with Apple CEO Tim Cook having recently hinted that Apple would indeed allow its own apps to be hidden if a user so wishes, this may be the first sign that iOS 10 will bring a feature almost every iPhone and iPad user has been begging for since 2007. 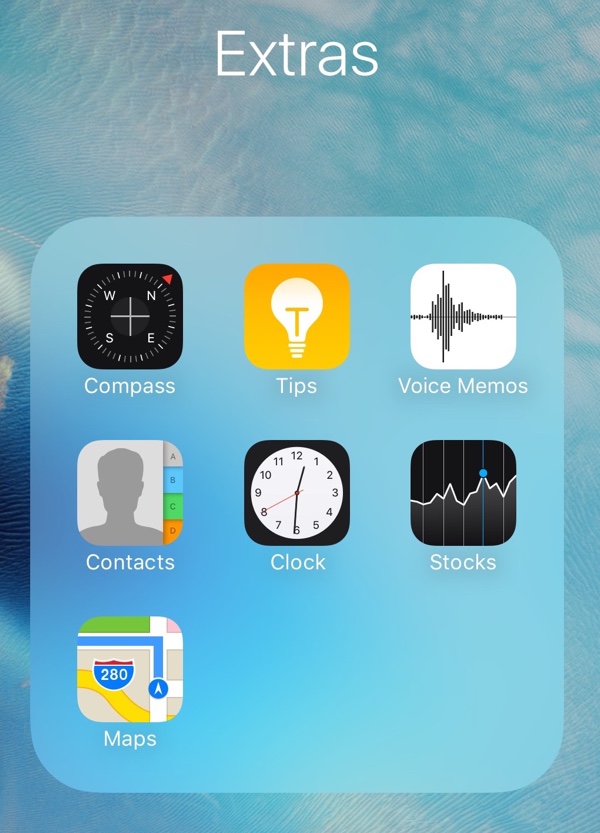 If Apple was to allow its own apps to be removed and then re-downloaded from the App Store, it would have the added benefit of freeing those apps from the greater iOS release cycle. No longer would Apple need to release a whole new version of iOS just to tweak its Weather app, for example, or add functionality to the much-maligned Stocks app. It’s an added benefit for Apple, but we’d just be pleased to be able to remove some of Apple’s cruft for once and for all.