Angry Birds has been the runaway success of the mobile era, and having started as a simple game for the Apple iPhone, now spawns every major platform with numerous adaptations of the original title. We learned early on last month that Angry Birds Friends, a social take on the popular format, would soon be debuting over at the App Store, and today, creator Rovio Entertainment has delivered a double whammy of avian-slinging madness by releasing the title for both iOS and Google’s Android.

With the original Angry Birds followed by the successes of Angry Birds Seasons, Angry Birds Rio, Angry Birds Star Wars and Angry Birds Space, you might have been forgiven for thinking that Rovio were taking a break, perhaps concentrating on the numerous Angry Birds merchandise on offer or maybe even the confirmed motion picture.

But no. Having seen Angry Birds Friends become a social success on Facebook, it was perhaps only going to be a matter of time before it made its way back to the mobile devices on which the journey began, and as of today, iOS and Android users can enjoy the world’s most popular physics title against their friends, right from their iOS and Android powered handheld devices. 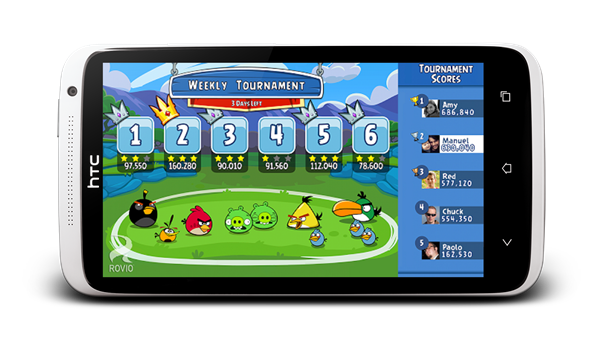 As well as head-to-heads, tournaments, and the ability to send and receive gifts, there are also daily rewards and an exclusive new power-up thrown into the mix as well.

It must be noted that this is a mobile extension of the Facebook version, meaning you will have to be connected to the world’s foremost social network if you want to join in all the fun. Any progress made on mobile syncs automatically with the Facebook version you might already have running, so no matter where you are, you can always challenge your buddies to a good ol’ game of Angry Birds! 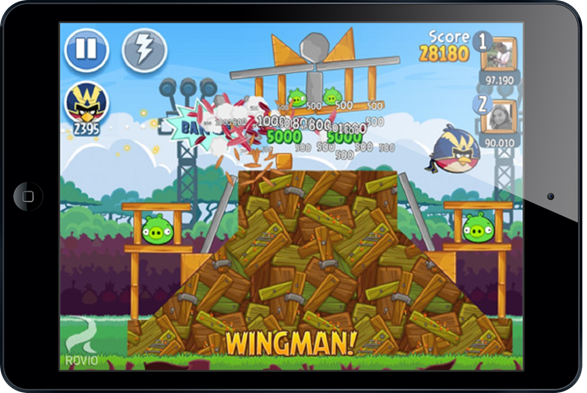 It’s absolutely free to download, so grab it right now from the App / Google Play Store links provided below. Be sure to tell us in the comments section what you think of the title.