According to sources of Digitimes, Microsoft is planning to release the second generation of its Surface tablet computer at the BUILD Developer Conference commencing from June 26th. Digitimes is famously hit-and-miss with this kind of “upstream supply chain” information, but with the Redmond company certainly playing catch-up in the tablet market, a swift follow up to the inaugural Surface would certainly help the Windows maker’s cause.

According to the Digitimes report, most of the component suppliers from the initial Surface RT / Pro models are preparing the second-gen (or the Surface 2, as we would like to call it) models, and China-based Pegatron has once again been tasked with the role of  piecing all of those components together in its role as manufacturer.

Of course, as tech fans, we are obviously more keen to learn of the possible hardware and design changes Microsoft has in store for the next-gen, and although reports pertaining to the Surface have been somewhat quiet of late, the oft-reliable MS_nerd did pipe up towards the end of last year and suggest that the software specialist could be releasing as many as three new tablets in 2013.

Whether that was just bluster or whether there is any truth behind that claim remains to be seen, but with rivals like Apple and Samsung having produced multiple new tablets last year, the onus is on Microsoft to keep up with its competitors and come with something new to the market, despite the Surface being a relatively new device.

Early last month The Wall Street Journal also reported Microsoft was planning to develop a 7-inch Surface for release later this year, a notion corroborated by updates to the Windows 8 specifications. Although the Surface is somewhat unique to the Android and iOS tablets in that, when you attach a keyboard, it is a ‘real’ computer to all intents and purposes, one suspects Microsoft will need to widen its appeal further by pushing a downscaled version at some point in the near future. 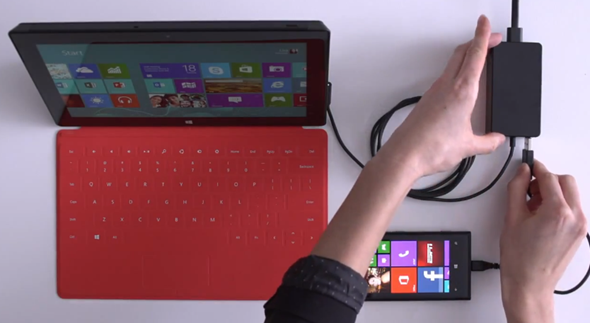 The initial Surface RT was met with heavy criticism due to its lack of legacy app support, and although the Surface Pro slowly but surely establishing itself among the big players in the field, Microsoft will be under no illusions that much more work needs to be done to push the Surface brand onwards.