A short while ago, Google took the wraps off Android Wear, a smartwatch-tailored version of its famed mobile operating system, and at the time of announcement, several initial manufacturing partners were outlined. Among those listed was Korean outfit LG, which swiftly came through and showcased its G Watch, and although information pertaining to the device’s technical specs has been scarce, the company has now come through and outlined some of the key features of its very first entry into this growing field.

Like many recently-released gadgets, the LG G Watch will be water resistant. This is quite different to waterproof, in that it won’t necessarily be safe if submerged in water for prolonged amounts of time, but if you happen to go for a jog in the rain or a jump in the shower, your device should still function properly thereafter. 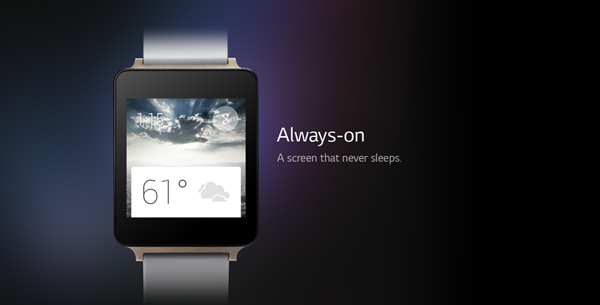 As well as protection from water damage, the G Watch is also dust-proof, so if you’re looking for a rugged smartwatch that can take on most of the day-to-day elements, LG’s wrist-worn gizmo is billed as being as tough as they come.

Another key feature of the G Watch is that its operating system is always-on. Given how some smartwatches have suffered with poor battery retention so far, it will be interesting to see whether the G Watch can manage a whole day without charge, and also, for what reason the system must remain always-on.

Given that it runs on Android Wear, it’s more than likely that Google Now will be integrated somehow, with voice commands turning every owner into a modern-day Power Ranger. It’s plausible, given the always-on nature of the device, that it will always be listening out for commands, but again, if this is the case, one has to wonder how the battery will be able to cope with such a resource-heavy feature. 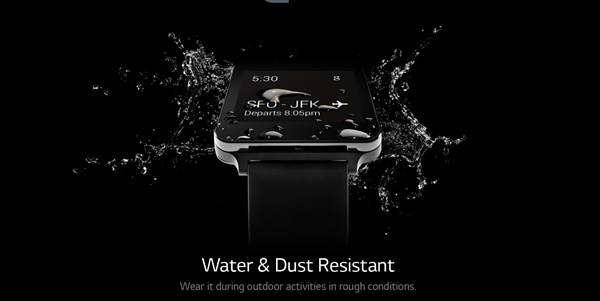 Along with the G Watch, Motorola also unveiled the Moto 360 smartwatch right after the announcement of Android Wear, and given the response and comments we got from you guys, it’s clear that you favor the decidedly more elegant look of the 360 over the G Watch. 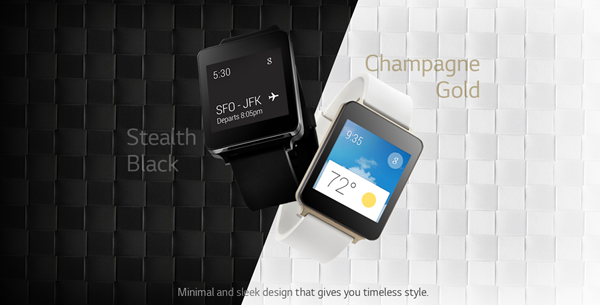 Given this new information, though, has the LG G Watch piqued your interest? Do share your thoughts below!