Clearly not dissuaded after the monumental flop that was Google TV, the company behind Android is once again set to enter the set-top fox fray, this time using the power of its smartphone and tablet operating system as a basis for its new kit.

Dubbed simply Android TV, the new platform is set to get an outing at the upcoming Google I/O conference, set to take place in San Francisco next month. While the new TV-based platform is very much Google’s baby, the company will not be making its own hardware and will instead rely on third-party hardware makers to get Android TV off the ground. Google will, according to reports, instead focus on its Chromecast HDMI dongle.

With a renewed focus on the television rumored to come at Apple’s WWDC event via the Apple TV, and after Amazon entered the market with its own Fire TV, Google is apparently seeking to avoid making the same mistakes with Android TV that it did with its forbearer. A new interface will come into play here, with Google’s ‘Pano’ being all about getting content in front of the user rather than making them go digging through menus to find it. A card-like display, discovery is reportedly at the heart of what Pano is trying to do. Content will be shown in a series of cards, allowing users to browse content like TV shows and movies.

Gaming is also said to be a focus with Android TV, with Android-based games apparently set to grace the big screen. The phrase ‘Ouya done right’ has popped up in one report, which should have gamers’ interest piqued. We know our eyes lit up at the thought, at least. 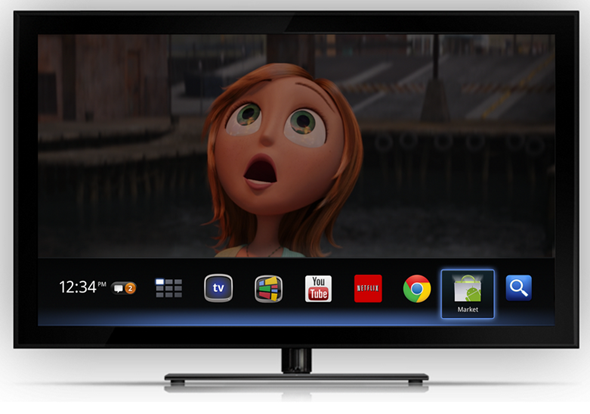 Of course, if Google does come out with Android TV next month, it will have some way to go to try and banish the memory of Google TV. After initially being so bullish about a platform that died on the vine, the industry may not be quite so keen to enter into the unknown with Google behind it once again.

We just have to wait a few more days and Google’s TV related plans will be here right in front of us. And when that happens, we’ll bring you all the details and news pertaining to the announcement, so stay tuned.