Apple and Game Center has long since facilitated multiplayer gaming for those running iOS devices, and thanks to a recent update, Google Play Game Services will offer something similar to those rocking iPhone, iPad and iPod touch. What’s more, as well as allowing gamers to compete against each other on iOS, developers integrating Google Play Game Services into their titles will enable players to compete cross-platform with users on Android, outlining the search giant’s intention to expand and improve the online capabilities of the Play Store.

App developers will have the new tools available to them by the end of this month, with the Big G having just announced a big update to its Play Games Unity Plug-in. Said update will support both turn-based titles, such as the likes of Words with Friends and Letterpress, as well as your real-time multiplayers, like, for example, FIFA 14.

Google’s concerted effort to bring a better multiplayer infrastructure has been a long time coming, but as with most of the company’s products and services, progress has been swift since the first point of release. Google Play Game Services first arrived back in the summer of last year, and although it is still very much a work in progress, the new plug-in support for iOS indicates that Google wants this service to span the entire mobile gaming spectrum, rather than just catering to those on its own Android.

With Google Play Games Services looking to compete with Game Center in almost every aspect, it will be interesting to see these two great companies battle it out once again. Just as their respective services provide a ground through which mobile users can slog it out through some of the latest and greatest mobile releases, both Apple and Google will be looking to court gamers into using each of their fledgling gaming platforms, and while neither is established enough to give the gaming faithful the kind of Xbox LIVE-like experience they so crave, you wouldn’t write off Google’s chances of establishing a strong user base on the enemy territory that is iOS. 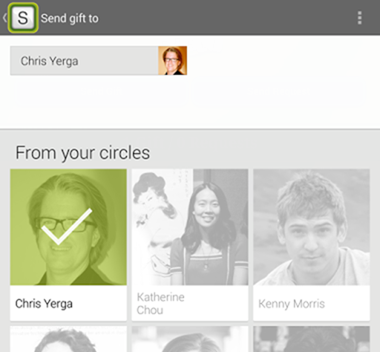 The update will afford devs a Play Games C++ SDK, which will bring achievements and leaderboards to the fold, and whilst it may be a while before we see evidence of the new tools through any App Store titles, the wheels are certainly now in motion.