Android To Get A Dedicated Cydia-like Store For Root Apps

In a move which is sure to draw comparisons to the Cydia store which exists on jailbroken iOS devices; tablets and phones running the Android operating system are set to get an unofficial application store which will be home to all of the applications which have been rejected or banned by Google, as well as modifications and custom ROMs. The iOS App Store is notorious for being tightly monitored by Apple, with the Cupertino company having the last say over what gets accepted for sale. Finding software which is available for Android devices outside of the official marketplace has never been particularly difficult, however, it looks set to become a whole lot easier. 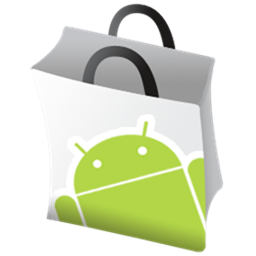 Koushik Dutta, who is a prominent member of the team behind the CyanogenMod project, has been wrestling with the idea of producing an alternative Android app store for quite some time and believes that it’s the right time to put the idea into practice. The initial ‘vision’ of the idea would be to provide a home for root applications which can be downloaded and installed on devices which have been rooted. However Dutta has expressed a desire to also include applications which have been shut down ‘for no reason’, citing carrier intervention or due to some corporation not liking it.

The team behind CyanogenMod are toying with the idea of building the application store directly into their firmware replacement, independent of the current Android Market, which would then be installed on the device as part of the modification. The CyanogenMod project has grown extensively in size, with the number of unique and active user installs about to breach the one million mark, which causes a problem for the development team. As the project grows, requirements for servers and hardware also grows which brings with it a financial burden.

Dutta and his team are suggest an application store which acts in similar functionality to Cydia, hosting modifications and applications which are either free of charge or sold at a cost depending on the developer involved and the complexity. The suggestion which has been ran by the community via Dutta’s Google+ page is that a percentage of the sale goes toward funding the CyanogenMod and all of the server and hardware requirements that it brings.

Dutta is keen to point out that the applications banned by Google are things like the one-click root apps, emulators and applications which include visual voicemail. When coming up with this idea of an alternative app store, he has also been in contact with Amazon about bundling their Appstore into CM but was given the cold shoulder. He has also mentioned to the community that the app store would not be exclusively distributed as part of the CyanogenMod firmware, and could be bundled into any custom ROM for wider distribution.

The concept of having all rooted enhancements, tweaks and modifications in one place is something which I am sure will appeal massively to the community and will no doubt give some ‘legitimacy’ to the people involved in the same manner that Cydia has for iOS devices. One of the main challenges I can see would be policing this app store, and the method of allowing developers to host their work for sale or download. Regardless of any challenges the team may have, judging by the replies from the Android community, it looks as if an unofficial application store would be a most welcome addition.