Could Google be making the jump from Android 5.0 to 5.2 for the latest Android devices, including the recent Nexus lineup? According to a recent spotting, a Nexus 5 has just been seen running Android 5.2 Lollipop. Head over the jump for further details on this development.

Where Android’s latest OS – 5.0 Lollipop – is still only found on almost 1.6% of the devices across the globe, Google looks to be in a hurry to rush with subsequent updates, something Android users have become accustomed to now. In an interesting development, the result of a Geekbench benchmark test of a Nexus 5 has just been spotted online, showing the device running Android 5.2 Lollipop. 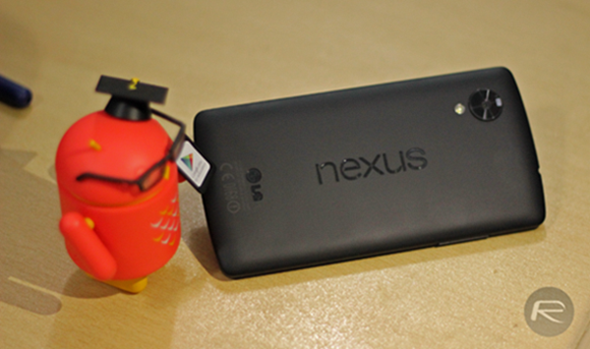 Not too long ago, we saw Android 5.1 making an appearance on Android One smartphone in the developing markets which did not specify any major changes except for a few tweaks in the notification shade. However, the update did not make any surprise appearances on the Nexus lineup, with only a Geekbench result of a Nexus 5 running Android 5.1 being uploaded on the benchmark browser. This led many to believe that 5.1 was more of an update for Android One smartphones only. With Android 5.2, there are no words on what changes it will be bringing once it starts rolling out, and this mere benchmark is all we have to ascertain that Google is working on an update to one of its most revamped Android OS version till now. 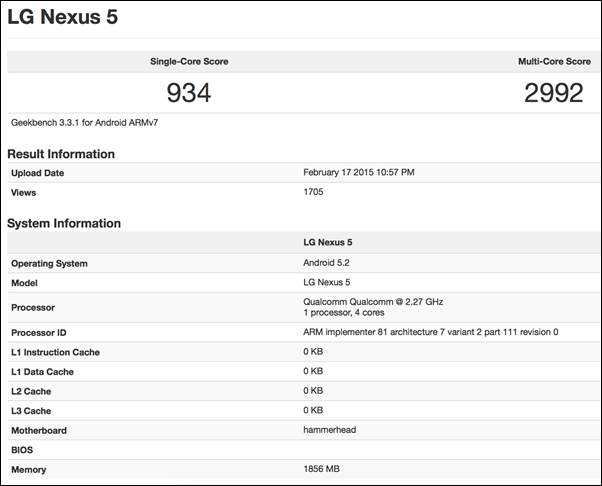 We may see Android 5.2 roll out soon enough for devices already running Android 5.0, given that version 5.1 was subsequently made official after its appearance and is already shipping with Android One phones. However, if you’re an Android user well accustomed to custom ROMs, you would understand that there is also the likelihood of the Nexus 5 here running a custom ROM that could be reporting a false Android version, which honestly is not that big of a task for developers these days.

Whatever the case may be, we’ll bring you more news on the update if and when it does bear fruit for devices available in the market, so stay tuned to our coverage.