Google’s Nexus 6 is a very large, very Motorola device in terms of design, but away from the finish, the powerful underbelly and the slick general performance, its Android Lollipop software does include one or two intriguing new quirks of its own. Notably, it bundles full-disk encryption as standard, a feature that cannot be disabled on any Lollipop device without flashing a new ROM, and while this isn’t necessarily a bad thing, some new benchmark readings suggest that the negative impact on performance is considerable.

For those unfamiliar, full-disk encryption essentially obscures a device’s data until a password or PIN code is entered, and this, in turn, is a win for both privacy and security. It also means that certain bodies, such as law enforcement, would have a difficult time in obtaining your sensitive data without direct access to the login credentials, and when it first came to our attention back in September, it was generally accepted that this was a good move from the Big G. 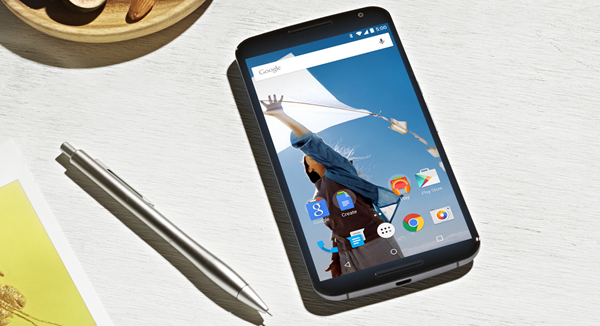 It should be pointed out that full-disk encryption has been around since Android 3.0 Honeycomb, and Google has simply enabled it by default rather than adding it as a brand new feature. But while, as some pointed out in advance of the Nexus 6’s arrival, this encryption can put a little added strain on battery and general performance, some new benchmarks comparing an encrypted Nexus 6 to an unencrypted one suggest that the default feature could be a real hindrance despite its obvious uses.

The folks at AnandTech have a genuine, unencrypted Nexus 6 in their possession provided by Motorola, so the benchmark testing up against the encrypted one is fair from that aspect. As you can see from the below readings of the NAND performances of each handset using ANDEBench PRO, the difference is stark, and with the 256KB sequential reads being five times quicker without encryption enabled, one has to wonder whether the measure aimed to preserve privacy is actually worth it. 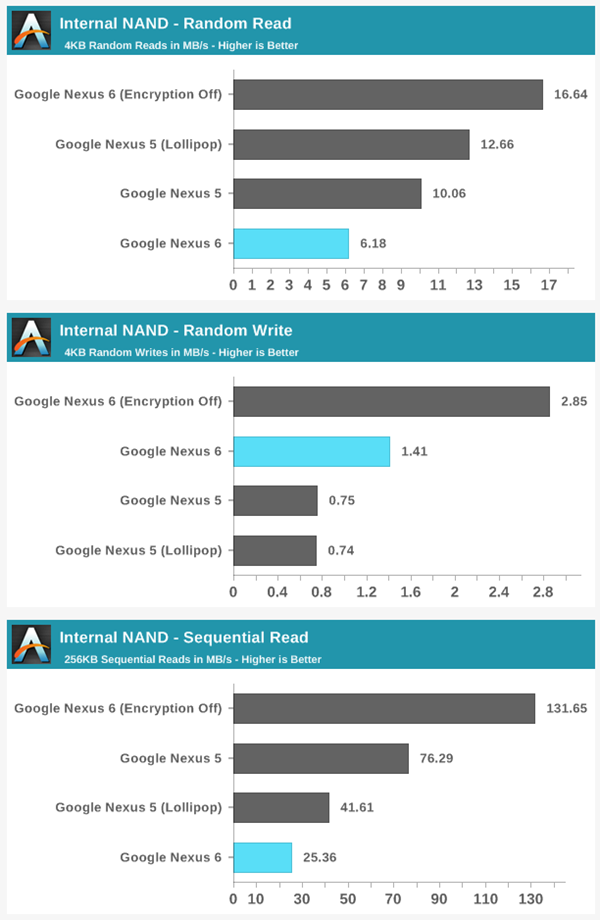 It’s worth quickly mentioning that ANDEBench’s readings could be slightly off, but even if there is a marginal discrepancy, the potential gulf in real-world performance should not be taken with a pinch of salt.

What do you make of this; would you like the option to disable encryption without having to go through the rigmarole of flashing? Do share your comments below!