Google I/O was expected to play host to the grand unveiling of Android 4.3, but despite a number of key announcements pertaining to the search giant’s flagship ecosystem, the next version of Android remained firmly off the agenda. Following the news (or lack thereof), many sources then went along with the story that Android 4.3 release date could be set somewhere around summer this year, and today, that notion has been offered a degree of legitimacy with the sighting of the bumped software running on an LG-manufactured Google Nexus 4.

In terms of what specific changes the new version will bring to the table remains very much of the imagination right now, but this sighting in the wild should reignite the search for those all-important details. This is the first time Android 4.3 has been seen running on any device whatsoever, and the leak, which shows three separate shots of the forthcoming OS in action, arrives courtesy of XDA-Developers. 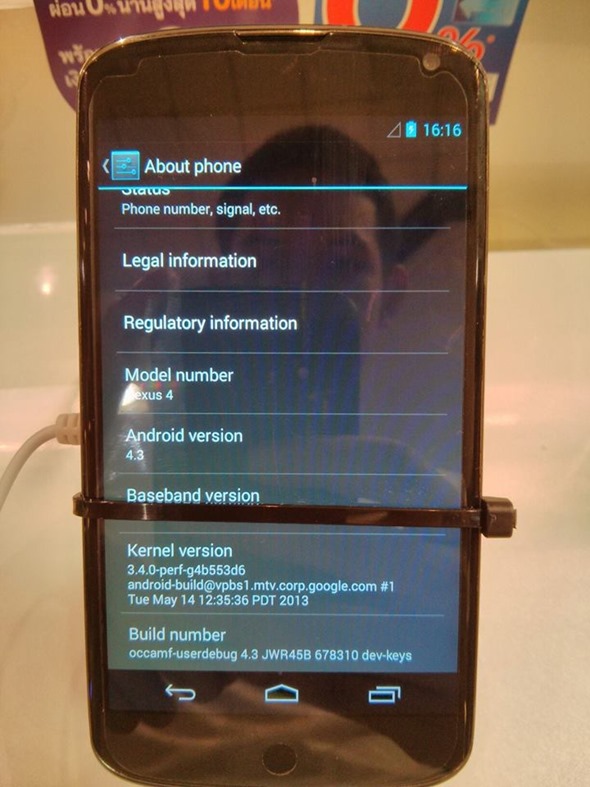 Aside from one or two visible tweaks to the camera app, the snaps give precious little away, but as is often the case with leaks of this type, seeing Android 4.3 running on a device should open the floodgates to some more substantial information in the very near future.

The alterations to the camera app look negligible at best, and although it has been frequently noted that Android 4.3 features something called Bluetooth Low Energy Technology (otherwise known as Bluetooth SMART, capable of offering a similar performance to traditional Bluetooth but using less energy), most leads on the next version of Android seem to have turned up little of note so far. 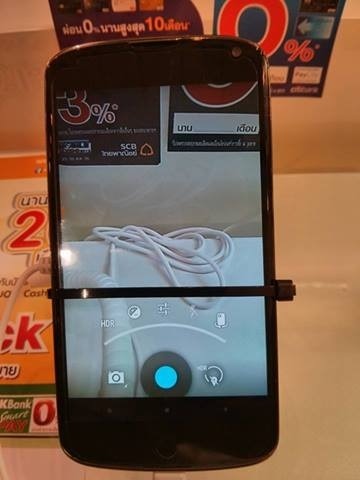 Android 4.3 is said to retain the Jelly Bean moniker, which makes sense given that most regard the first version (Jelly Bean 4.1) to be the point where Android really arrived as a platform, bringing a much smoother user experience thanks to Project Butter. Sources have suggested that the Samsung Galaxy Note 3 will be among the first handsets to ship with Android 4.3 off the bat, but since information on that device is also at a premium right now, we’ll wait for some more solid information before casting any further aspersions.