I’m not sure whether it’s down to the fast-moving nature of technology, or our insatiable requirement as tech enthusiasts to be presented as something new, but whenever a new product – hardware or software – hits the market, it seems no sooner do we become acquainted with our new bit of kit than we look ahead to what’s coming up next. Thus, with Android Jelly Bean 4.1.2 having begun trickling out to the Samsung-manufactured Galaxy Nexus among others, it’s only fair we turn our attentions to the upcoming dose of Android – 4.2 – right?

The guys over at AndroidPolice certainly thinks so, and with Android 4.1.2 not really offering much for us to get excited about, we tend to agree. The quite overtly Droid-bent blog has done a little digging, and editor Ron Amadeo has been checking out an Android 4.2 JellyBeanMR1 system dump from the LG Nexus. Little by little, he’s making some intriguing discoveries, and although the 4.2 build is said to be about as rough as Chuck Norris’s beard, it certainly appears – even at this early stage – as though 4.2 will continue the work of Project Butter, perhaps eventually rendering Android as smooth to operate as its bitter rival – iOS. 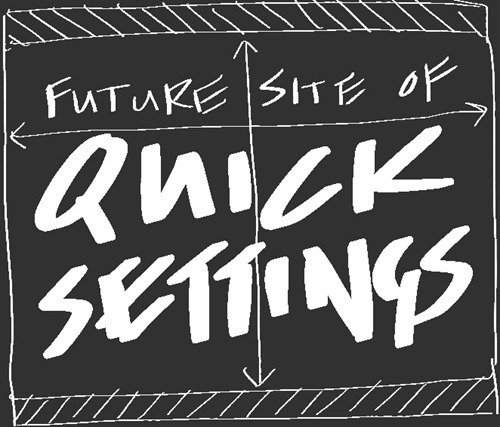 A new Gmail app looks set to arrive with Android 4.2, with Google possibly implementing a “Quick Settings” pull down menu into the status bar. In the next big Android update, pulling down the status bar once will unveil the notification panel, while pulling down again with the notification panel still open will reveal the Quick panel. The following video clip offers a better insight:

Of course, “Future site of Quick Settings” is probably not quite sufficient info for all you eager beavers out there, but with Android enthusiasts scrutinizing every nook and cranny, it won’t be long before we discover what Quick Settings is made of. It’s probably we’ll see basic device functions (Bluetooth, NFC, Wi-Fi etc.) in the form of toggles, but that’s merely speculation, and providing it works in reality as smoothly as it appears to in the short clip, it’ll be a welcome addition.

Does the Quick Settings panel look promising to you? We’ll have more on Android 4.2 as it hits the scene, so stay tuned to our coverage here at Redmond Pie.