Whenever we talk about and discuss tablets, we only refer to Apple’s iPad, the Nexus 7 from Google and ASUS, as well as the Kindle Fire and Samsung’s Galaxy Tab range of devices. While they may be the most popular and relevant devices in that category at the current time, we mustn’t forget the tablets which at one time looked like they would make a great impact on the industry.

One of those tablets was the poor old TouchPad which was first introduced to the world by Hewlett-Packard at the webOS Think Beyond event in February of last year. It doesn’t seem like that long ago, especially when you consider the iPad 2 was only released a month after that and is still an extremely relevant today in today’s landscape. Unfortunately for the TouchPad, certain internal decisions were made at HP about the future of the webOS software resulting in the device being discontinued only forty-nine days after launch. A tragic situation considering the TouchPad was actually released to critical acclaim, but it did mean that suppliers had a fire sale with prices significantly reduced. 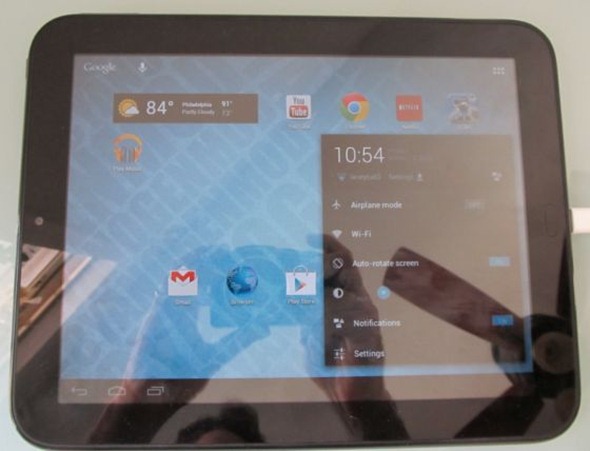 If you happened to purchase one of the original TouchPad at launch, or were lucky enough to pick one up when the price dropped to almost nothing, then you might be enjoying the experience that webOS brings, but also be looking to do something extra with the hardware. We have already seen in the past that it is possible to load the Gingerbread version of Android (2.3) onto the hardware, but now thanks to CynaogenMod 10, TouchPad users can experience Android Jelly Bean on the TouchPad. 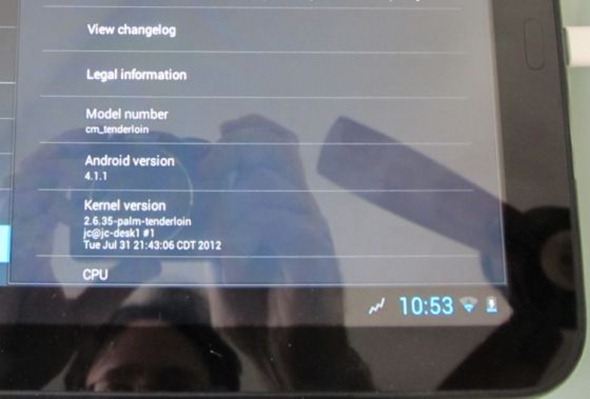 The detailed guide on how to achieve this set up comes thanks to Liliputing, but as you might expect, not everything comes without its price. Due to the fact that the process requires CyanogenMod 10 to be installed in the first instance, certain hardware features aren’t currently supported like having the use of the embedded camera or microphone. It is also reported that the ability to stream movies is also not possible due to video acceleration issues. If you own a TouchPad, enjoy tinkering and can live with these limitations then make sure to securely backup all of your data before heading over to the Liliputing site for a full walk-through.