The last couple of days have brought some good news for iOS device owners who happen to love consuming visual media in their spare time. Yesterday we told you that Apple TV units in the United States went under a silent update to bring the Hulu Plus service to users, allowing specific content from network partners to be streamed through the unit to a connected HDTV. Amazon is never a company who want to be left behind or excluded and have released their Instant Video app for the iPad for immediate download.

There is no denying that the iPad, especially the third-generation Retina display tablet, is a phenomenal device to watch movies and television shows on. The device is small enough to be a mobile gadget but with a display large enough to provide an extremely immersive experience for visual media. The Instant Video app allows new and existing members to take advantage of their Amazon Prime accounts to browse, choose from and watch literally thousands of different titles directly on the iPad. In their official literature, Amazon is claiming that the service offers more than 120,000 videos, which should be more than enough to keep even the pickiest of users happy. 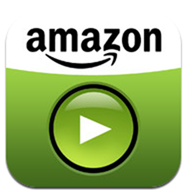 The service isn’t exactly ground-breaking, and if you are familiar with any other renting and streaming service like Hulu Plus, Netflix or LoveFilm around Europe, then getting up and running with the Amazon Instant Video app and service will be a relatively straight forward process. As well as the tried and tested methods of delivering this digital content, Amazon is also offering a pretty useful offline viewing feature within the app that allows those using it to download any purchased or rented titles to their device for viewing when a Wi-Fi connection isn’t available. The usefulness of this feature really can’t be underestimated. 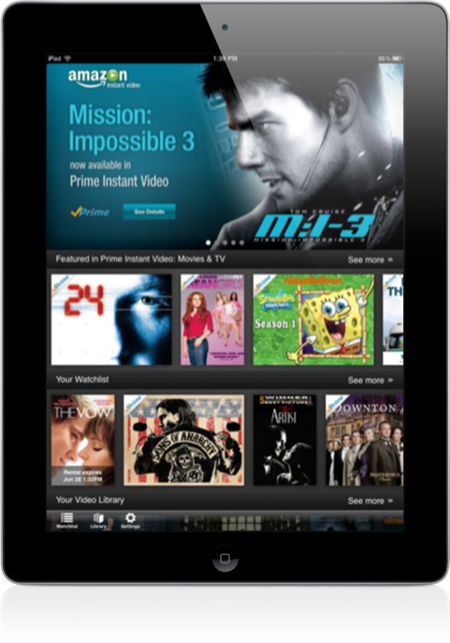 The chances are; if you intend to use the Amazon Prime service through this iPad app then you will own an additional device or gadget that is capable of accessing the service. The integration of Whispersync technology means that when videos are being watched or paused, the position is automatically pushed to all other devices that are logged in with the same account. This is particularly beneficial for those who might own a PlayStation 3, Amazon Kindle or a Mac  that is also used for media playback through Amazon Prime. 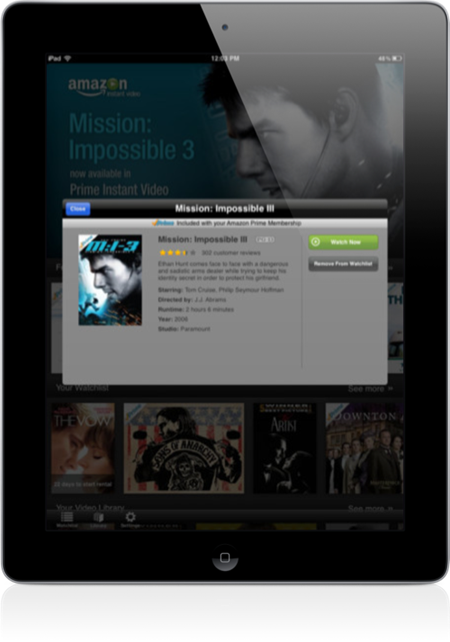 The release of this app from Amazon is certainly going to appease a lot of users who have been waiting for a polished way to access the service on the go. Instant Video doesn’t really differ to much in design from other apps of the same nature, but the absence of an iPhone and iPod touch compatible version is definitely notable. Here’s hoping that Amazon will push out some evolutionary updates that offer additional device compatibility as well as fixing the reported video issue when streaming to an Apple TV device. 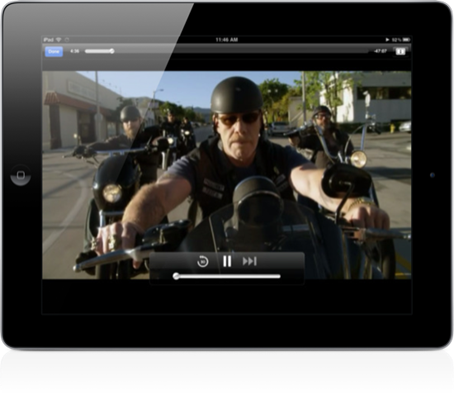