Although the Apple TV is becoming increasingly popular as time goes on, the company is still refusing to publicly acknowledge the product’s existence as a major player in their product arsenal, with Tim Cook and his executive team still referring to the set top box as a "hobby" project at every possible moment. Hobby or not, Apple TV is an extremely attractive product for millions of people and with the sales numbers going up every quarter, Apple has to start taking the product seriously sooner or later.

I kind of get the feeing that the Apple TV brings a massive amount of pride to Apple and the team of engineers who have been responsible for the design and development of the little black puck. The first generation was definitely a flop, but the second and third iterations have been received positively with a large overhaul of the user-interface and offered services coming not so long ago. The development of the product continues with the relatively silent but nonetheless still important addition of the Hulu Plus service to the lineup of available content. 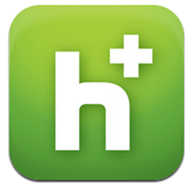 The Hulu Plus service finds itself taking pride of place right amongst the other vivid app icons on the initial home screen of the Apple TV user-interface. Once upon a time, it may have gotten lost in the horizontal scrolling madness, but recent software updates and design amendments meant that everything is now front and center when the unit is booted. The service looks like it is only available in the United States and therefore users around other territories shouldn’t be to worried when it doesn’t show up on their display. American-based Apple TV owners who are yet to experience what Hulu Plus has to offer on the device may need to perform a full reboot of the device to make the app show up on the home screen. 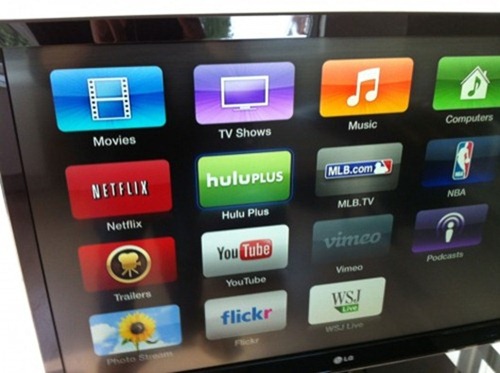 For those that may not know, Hulu Plus is extremely similar to other offerings of this type like Netflix that is owned by Amazon. Once an account has been created or a free trial started, users can choose from and stream digital content directly to their TV sets via the Apple TV unit and Hulu app. The type of content available depends entirely on the deals in place with the various network providers. Any existing Hulu Plus user can use their credentials with the Apple TV Hulu Plus app, and new users will obviously have to start from scratch and get themselves a subscription.