Facebook Adds Save For Later Functionality To Its iOS App

The future of the Facebook app available for download through the iOS App Store is something of a very much discussed topic at the minute. The social network behemoth took the decision to build their mobile apps using HTML5 to allow the projects to be easily supported across multiple platforms with the thinking obviously being that it doesn’t need to be manually coded in each native language for release on multiple platforms. Unfortunately, it has been users who have suffered at the hands of that decision with the experience being frustratingly slow.

We have heard some murmurings recently about Facebook’s intention to push out mobile apps that are actually unique to each operating system, with the purported intention to bring native features and great stability to the millions of users around the world who log into the service through a mobile device each day. However, until that officially happens, Facebook hasn’t been shy in implementing new features and has been offering additional functionality that social networkers might find useful. 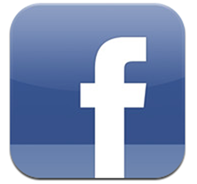 The latest implementation to fall into that category is the inclusion of a new service that allows links, content and connections capers to be manually selected and saved for later use. Offering a feature of this nature isn’t exactly earth shattering and does already exist with products and services such as Instapaper, Pocket and Readability, but Facebook has now decided that the time is right to offer this as a native service to users of the iOS Facebook app.

The updated features are being pushed out to users incrementally, so stay tuned and keep checking if you aren’t able to save those links into a favorites folder just yet. Although iOS is the only mobile platform to actually get this new service at the minute, it is also going to be widely available though Facebook.com for those who still prefer their social networking experience to be based through a desktop web browser. Saving a link for access at a later date will be as simple as dropping down the menu associated with the post and then selecting the Save option, which will then send the information to a new Saved section of the Favorites folder in the interface side panel. 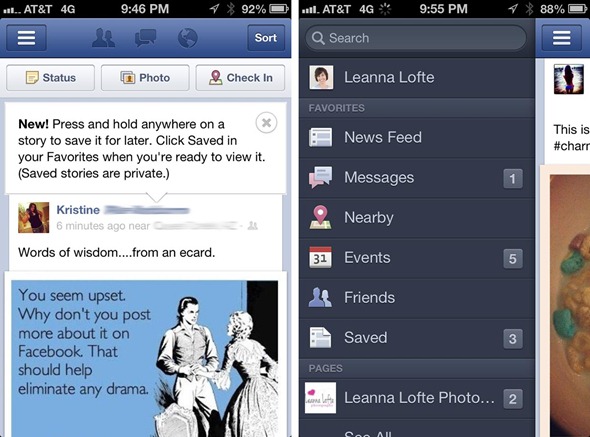 If Facebook’s read-it-later type functionality is something which you have been yearning for then worry not as it should be coming to your iOS device fairly soon. As is usually the case with Facebook feature upgrades, there will be no actual app update via the App Store with all of the new functionality being added, handled and pushed to users via their own back-end system.