So far, we’ve seen leaks of just about every major component of the next and sixth generation iPhone. We’ve seen its home button, slightly larger front with a 4” display,  a metal back, and an all-new MagSafe-like dock connector to name a few things.

Now, we’ve received photos of the battery that will be used in the next iPhone. Check them out after the jump.

The images come from our friends over at 9to5Mac in the form of a short post in which they discuss photos of the next iPhone’s “purported” battery, which they received from a “reliable parts source”. 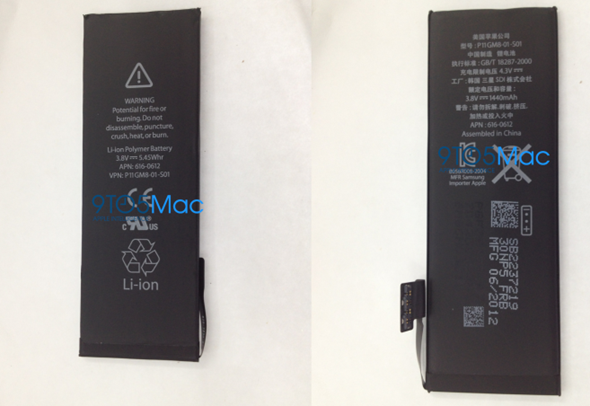 It is indeed a very slight increase over previous generations. There really aren’t any conclusions we can take away from this, other than the next-generation iPhone having a battery life similar to the 4S. That is unless Apple uses less power-hungry components in the next iPhone which, according to sources, they just might do: a more efficient dual-core processor (like on the $399 iPad 2) and the latest version of the Qualcomm Gobi modem.

In the photo, you can see the battery being manufactured in June, 2012. Besides 9to5Mac’s own spectacular history at accurate reports regarding unannounced Apple products, this date lines up with rumors regarding the start of the next iPhone’s mass manufacturing process.

We hope that the next iPhone’s battery will last as long as the iPhone 4’s on iOS 4, which used to last for 2 days with moderate to heavy usage. The 4S doesn’t last half as long.

According to multiple reports, the new iPhone is all set to be announced on September 12th, with a selected release planned for sometime two weeks after that. It will be the sixth-generation iPhone and will face competition from the Samsung Galaxy S III, HTC One X and Galaxy Nexus when it reaches markets.