GSMArena has revealed a bunch of iPhone 5S "prototype" images sourced from a tipster, and speculates as to whether they could bear any kind of resemblance to the Cupertino company’s forthcoming seventh-gen smartphone. Revealing a curved display and form factor akin to the product outlined in a patent Apple was granted just days ago, it may well just be that an individual with Photoshop skills has decided to take advantage of the circumstances, but with many sources suggesting Apple’s next iPhone could hit the market in a matter of a couple of months, it’s certainly worth checking out.

It always seems suspicious when a leaker of what could be a significant device can somehow be among the first to get their hands on it, yet cannot seem to locate a decent camera to take a snap of it. Unfortunately here, the images of the alleged prototype suffer from the same dose of the VGA syndrome, and it’s very hard to make anything out under the overlay of what looks like intentional mist.

Despite the issues with the image itself, the device illustrated suggests a radical redesign from the current iPhone 5’s form factor. As aforementioned, the curved display slopes toward the edges, while the omni-present home button is also notably missing. The back of the device looks to share the same color scheme as the darker of the two current flagship iPhones, with that Black & Slate combination working to a pleasing aesthetic effect. 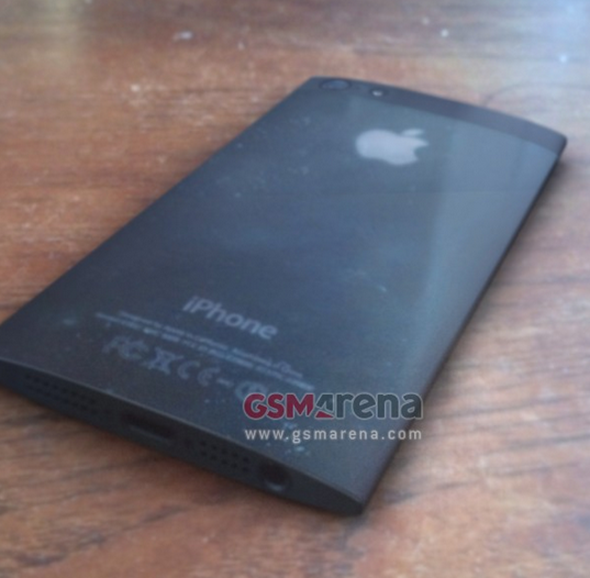 If this so-called prototype does indeed reflect a future iPhone, it’s unlikely to be the next one; but if it is, I think we can safely bet it won’t be denoted the "S" moniker. Both the iPhone 3GS and iPhone 4S have remained almost identical to their respective predecessors, and unless the fruit company is planning a break from tradition, I think this would have to down as "big" release warranting a full number increase. 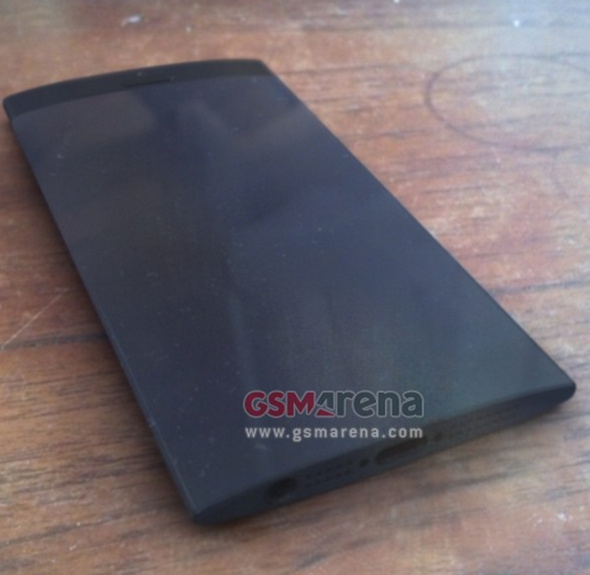 The idea of a curved display within a product such as the much-hyped iWatch, would seem a great deal more plausible. Back in February, reports suggested as much, and although the possibility of the recent patent filing manifesting itself in a product at some point, it probably won’t be just yet.