It wasn’t long ago that we reported of the iPhone 5 silicone cases which had begun selling on the internet – sourced mainly from China. It seems that wholesaler TruSupplier is very confident on the outcome of the final design, and has subsequently added hard-shell cases to the roster in anticipation of the launch, expected to be early October.

Once again, the cases ratify the long-standing inclination that Apple will be opting for a more rounded back plate as opposed to the flatness of the iPhone 4’s rear end. 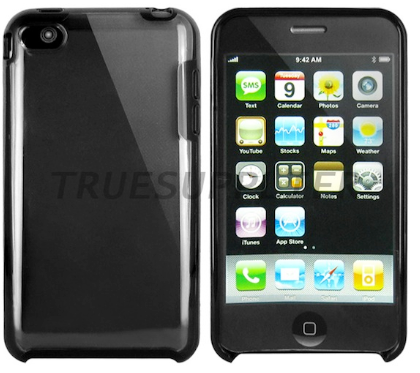 It is important to ignore the insert, which appears to be cardboard, and represents the front of the iPhone 4 rather than the iPhone 5, which is rumored to have a larger home button to accommodate a gesture-based system as well as a larger home screen. 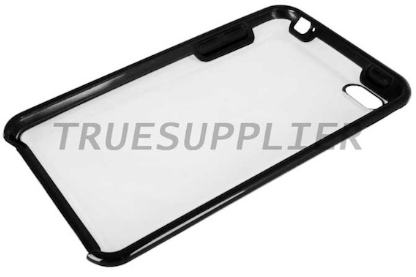 This angle reveals all the usual slots you would expect to see including a gap for the camera and headphones, as well as the sleep and volume buttons, none of which appear to have been moved. Apple has in the past regularly tinkered with the positions of certain functions on iDevices – notably the earphone jack, which has previously been seen on the bottom, as well as the top in the middle, right, and left hand sides. But in the iPhone’s case, the headphone jack has never been moved.

The cases are available here in an abundance of colors alongside many other iPhone 5 goodies including replacement earphone jacks and camera parts. One has to wonder whether anyone is actually purchasing any of this stuff. Although it seems foregone certainty that there will be a new iPhone sometime within the next six weeks, nothing has been set in stone and there have been many conflicting reports of how the final design will actually look. It’s novel to get ahead of the market, but stocking up on alleged products seems a tad reckless.

Would you be happy with a curved back – potentially following a similar suit to the iPad 2, or are you happier with the symmetricity of the iPhone 4? The general consensus seems to be that the Cupertino company was spot on with the fourth installment, so it does seem a tad strange to fix something which ain’t broke.

Then again, if the rumors of a second iPhone, or possibly an 8GB iPhone 4 to woo the entry-level customers, it does seem right that Apple would need to make a clear distinction between the two, and thus explains the need for a somewhat radical redesign.