Angry Birds has become the biggest success of mobile gaming to date, and in five short years, it has become a billion dollar franchise, rendering the game just a chapter of the entire story. As well as the four titles for iOS, Android, Chrome, Facebook, Mac, Windows etc., we’ve seen all manner of Angry Birds products from the weird to the wonderful, and now reports suggest that Rovio is looking to launch a credit card in Russia.

The Soviet country has yet to see any official Angry Birds products hit shelves, although if true, the credit card would certainly be a first for any mobile games company. Apparently, Rovio is to collaborate with Internet Retail Solutions (Irsol) to offer branded MasterCard cards available from next week on June 4. As TheMoscowNews reports, an initial 100,000-strong batch will be made, and if Irsol deems demand to be high enough, more will be printed. 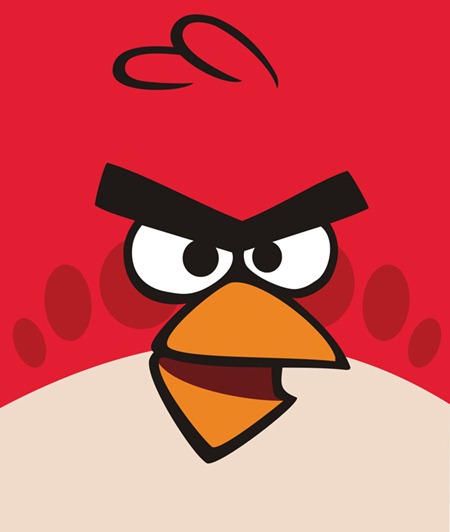 Strangely, there do not seem to be any additional perks related to owning an Angry Birds credit card, which I suspect will disappoint quite a few consumers. I mean, if I were to sign up for one, I would at the very least expect a few promo codes for the four titles released on the platform of my choice – at the very least.

There have been plenty of highly-successful titles for iOS and Android thus far including the likes of Cut The Rope and Infinity Blade, although Angry Birds has been the runaway favorite. Everybody has heard of it, most have played it, and many people have become attached to the series enough to purchase some of the additional products. 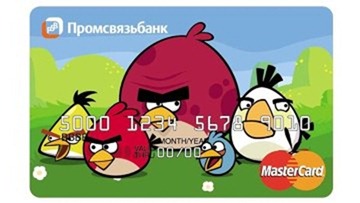 Not really sure whether I would go the whole hog and get an Angry Birds credit card, though. Having card-related issues at a payment kiosk can be embarrassing enough, and if the cashier notices those strange, multicolored Angry Birds printed all over your medium of payment, they might just suspect there is some form of practical joke going on, and we don’t want that to happen in a serious situation.

If the terms were competitive, would you consider an Angry Birds credit card? Leave your thoughts via our Facebook or Google+ pages – we’d love to hear what you guys make of all this!