Jailbreak tweaks tend to fall into one of two categories. The first category is for tweaks that make the iOS experience a nicer one to live with via improved aesthetics. Things like icon packs, themes for apps and custom fonts etc. fit squarely in this category, as you may well imagine.

The other category is for functional tweaks. Tweaks that change the way iOS works, often at a very low level. This can include tweaks like MyWi, MailEnhancer and other popular tweaks that tend to get a lot of attention in the jailbreak community, especially amongst the more technical people out there.

There is, however, a third category that we’re particularly keen on but sometimes gets missed. It’s the category for tweaks that do wonderful things but also look great while they’re doing it. Auxo would fit the bill here, and while iOS 7’s multitasking means Auxo isn’t as important as it was a few months ago, there’s little doubting its place in jailbreaking history. 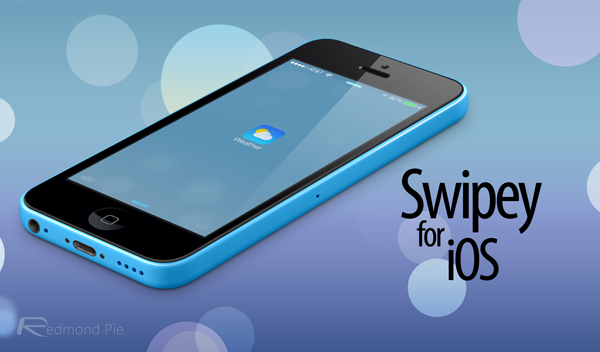 Available on Cydia right away from the BigBoss repo and priced at $1.99, Swipey both changes the way people will use their iOS devices as well as looking lovely while it works its magic. What Swipey does may not be entirely new, but it’s a new take on it.

Swipey, as you can see from the video which we’ve embedded below, is a tweak that makes it possible to launch apps straight from the iOS 7 lock screen. Swiping to unlock the device will take users into a full-screen switcher-type interface that can be swiped again to move to the next app. Launching the required app is simply a case of pausing on it instead of swiping, in which case the app is brought to the foreground and the phone is unlocked.

There are already plenty of tweaks that allow the launching of apps from the lock screen, and some are very good indeed. Nettleton’s take is a little different to those though, and it’s good to see developers still working on new, and perhaps better ways of doing things that may otherwise be considered to have been sewn up by others.

Available to download from the BigBoss repo, as we mentioned before, and is only compatible with devices running iOS 7. And yes, in case you’re wondering, the tweak is compatible with 64-bit A7 devices as well. The tweak’s settings can be configured from the iOS Settings app.