A5 Untethered Jailbreak Release For iPad 2 And iPhone 4S Not Far Away, Says P0sixninja

The long wait is nearly over folks, and that elusive iOS 5 jailbreak for iPad 2 and iPhone 4S users looks to be only a matter of days away. 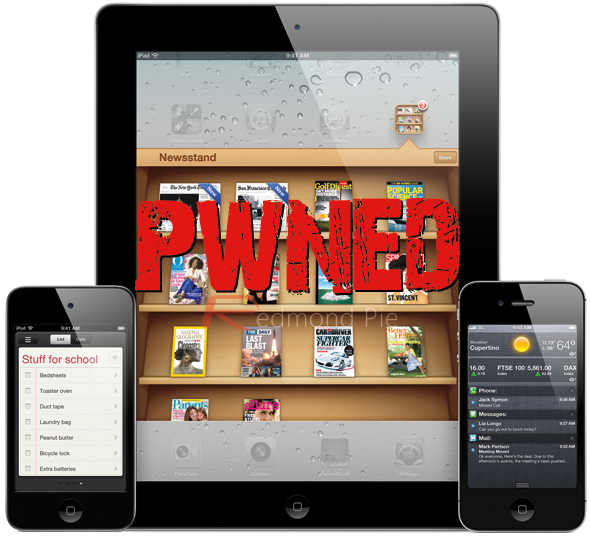 Ok, so it hasn’t exactly been that long a wait; after all, Apple only released its latest and greatest version of iOS in mid-October. Just three months later though, the jailbreak we feared may never materialize has already been released for those using A4 devices such as iPhone 4 and previous, iPod touch, and the original iPad.

p0sixninja, a veteran of the jailbreaking scene responsible for the likes of the greenpois0n 4.2.1 untether, has posted four magic words which always leave us A5 jailbreak fans pining for more. “not much longer now” is the message, which we advise you relay to your poor device, trapped in the proverbial clamps of its Cupertino-based maker.

The implications of this jailbreak are huge, as it will be the first time in a long time that each and every iDevice – and firmware version of the current OS – will have been breached. Furthermore, it represents the first time in which key members of the jailbreak scene have collaborated on a large scale in order to decode the tightened security measures beset by Apple’s coding team.

We certainly cannot wait for the release, and we can guarantee we’ll let you guys know as soon as it is released and how you can get your greasy paws on it. We’re more than aware that you may be feeling a little agitated (we’re anxious too, don’t worry!), but we again plead for a little patience. Developers do sometimes release unfinished projects early in order to cater to the ravenous masses, but the longer it does take, the more time the likes of p0sixninja and p0d2g are spending on meticulously ironing out those bugs.

So stay tuned for the big released, followed by Cydia overloads as millions more finally get their chance to enter the darkside.

And those of you who are sporting A4 devices, you can follow our complete step by step guide posted here to jailbreak iOS 5.0.1 untethered on iPhone 4, 3GS, iPad 1, and iPod touch 3G/4G using Redsn0w or Sn0wbreeze.