A Useful $4 iOS App Is Being Offered For Free On App Store, Download It Now

It’s that time of the week where Apple tosses a paid iOS app at users with its usual price tag stripped, but only for a limited period. The Free App of The Week initiative has been responsible for some quality paid apps headed our way, and in similar spirit, today’s $3.99 app will not disappoint either.

Enter – Wake Alarm Clock; the app that redefines the concept of an alarm clock, especially when you consider the rather simplistic native iOS offering by Apple. As the developers put it, “Meet Wake, the most beautiful and intuitive alarm for iPhone & iPad,” this particular app is everything that the alarm clock feature within iOS should have been. Not only is the UI beautiful, it carries the clean look Apple strives for, with navigation and controls being truly intuitive. 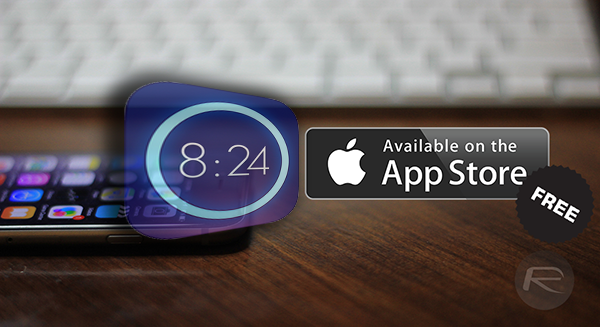 Where the app combines all those elements under one impressive roof, it further adds to its prowess by tapping into the iPhone’s or iPad’s sensors allowing users to control key features such as snooze, turn off the alarm and more. Users can flip the phone over to turn off the alarm, and if snooze is more of your style, you can choose to slap the phone once like a traditional alarm clock. Meanwhile, navigation through the various settings and features is as easy as swiping right or left from the main screen. There’s also a Night Mode bundled with the app, giving users the choice to set the phone as a night-time desk clock. 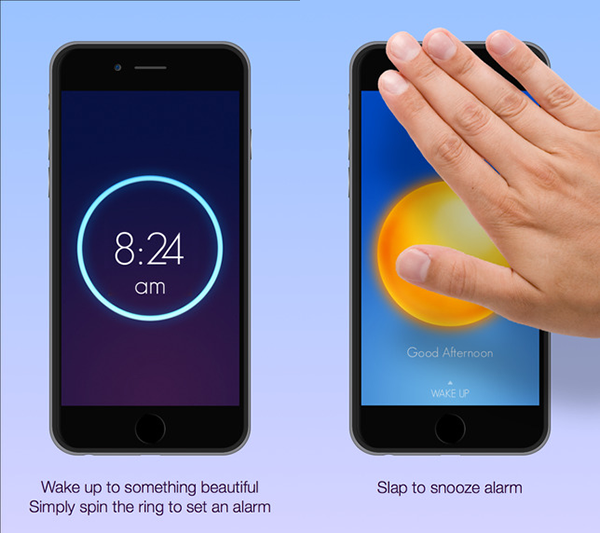 Are you a heavy sleeper who defies all alarm clocks? We’ve seen alarm clocks that want you to answer some questions, or even solve a math equation, but not this one. If you want to turn the alarm off in Wake Alarm Clock, you will have to shake the phone and fill up the Shake Bar. “SHAKE mode forces you to physically shake your phone until the Shake Bar is filled up—the movement is sure to wake up your body while the sound wakes up your head.” 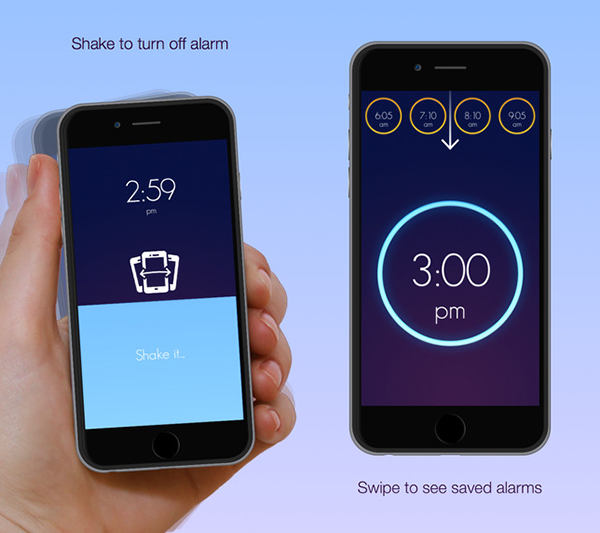 The app is a universal download for both the iPhone and iPad, so regardless of whichever device you have, head over to the App Store from the link given below and give it a whirl. Do share your experience with us as well, in the comments section below.