A Pair Of First-Generation iPhone 2G Units Were Sold For $25,000 On eBay

Seven years later since its release, the very first iPhone from Apple, is as obsolete as a device can be. However, being a rarity, Apple’s first smartphone is now treated as a collector’s item that is worth thousands of dollars in today’s age. If you can wrap your head around it; a pair of original iPhones were just sold for $25,436.24 on eBay.

The original iPhone may be obsolete with its almost decade old hardware, but for the true fanboy who has been following and buying these smartphones religiously, the original iPhone from 2007 holds a credible sentimental value. 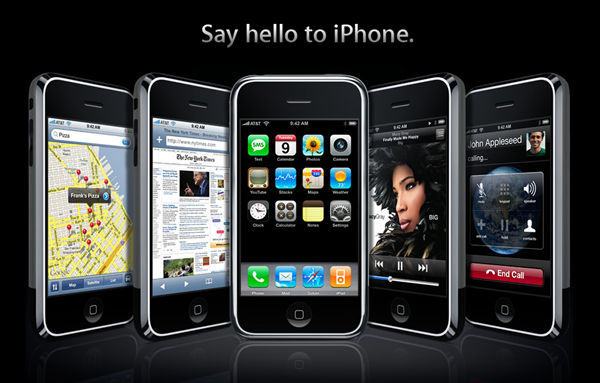 However the question remains; exactly what kind of sentimental value is priced at twenty five whopping thousand dollars? The seller was offering one box-packed iPhone, and another one that was a bit used, but in pristine condition – though with the complete box. To add to the flare, it even came with the original iPhone gift bag that was used to place the items in when initially bought from the store. All of this, just cost a die-hard fan of Steve Jobs’ smartphone over $25,000.

If you were looking for an original iPhone, you can easily find one on eBay and other online stores for an embarrassingly low price, but that’s because most of the phones have the 7 year old scars of endurance to go with them. Chances are, that a box-packed or spotless iPhone 2G will set you back around $5,000 to $12,000. A quick search on eBay revealed one device with 4GB of storage being up for bidding with a price tag of $15,000. 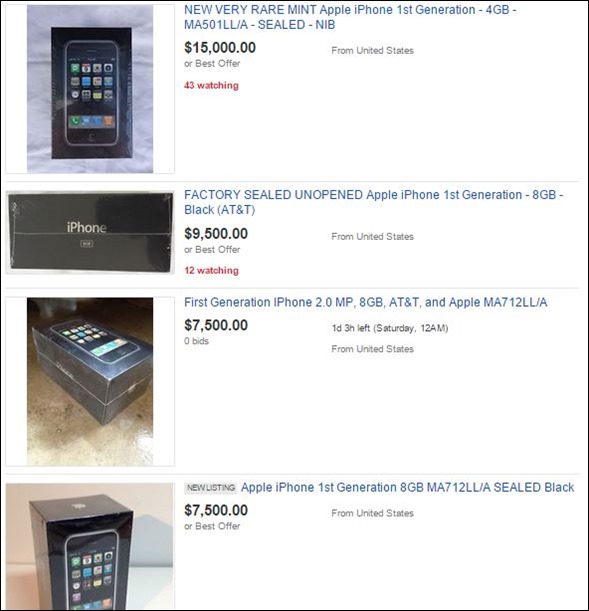 Keep one thing in mind though, this is not the first time an iPhone has sold for that enormous price. Back in 2012, a completely sealed, never opened iPhone unit sold for a whopping $10,000.

It is simply amazing, this cult that Apple has managed to create for itself. iPhones are one of the fewest pieces of technology which do not depreciate their monetary value in a rush, and from the looks of how these relics from Apple are being treated, you may want to think twice before you trade in your older iPhone 3GS or iPhone 4 lying around, for a newer iPhone.

I have a first generation iPod touch lying around with a broken screen and power button, so while I do not stand a chance at quickly making a few grand, let us know if you have some old iPhone, or any other Apple device that has become obsolete, and holds some sentimental value for you.