$370,000 Worth Of iPhone X Units Have Been Stolen From UPS Truck Outside Apple Store In San Francisco

If you badly yearn for an iPhone X and simply can’t imagine experiencing launch day without it, but simply cannot bring yourself to queue for hours on end with other enthusiasts, then one solution is to simply turn up with a gang of friends and liberate a huge shipment of devices from a UPS truck.

It may seem like the plot from the latest Jerry Bruckheimer movie, but that is exactly what has happened outside of Apple’s San Francisco retail store. 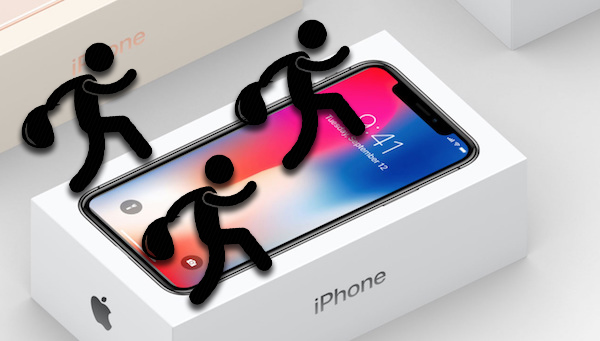 According to a number of reports on the incident, three men took an opportunity to steal over 300 iPhone X units outside of the Apple Store. This doesn’t appear to be a case of three individuals coming up with a well-hatched plan that will go down in the sands of time as one of the greatest and most intricate heists ever. Instead, it seems that the men involved jumped out of a white Dodge van, broke into the parked up UPS van with 313 iPhone X units inside, and loaded them all into the van before departing the scene. San Francisco police believe the value to be around the $370,000 mark.

As of the time of writing, the suspects involved in the case had yet to be caught, which means that three well-built individuals are currently somewhere in California with a van full of stolen Apple iPhone X units. As part of the investigation, all of the iPhone X serial numbers have been logged into police files, and given how many units were actually stolen, Sergeant Paul Weggenmann has described the case report as one the “fattest” that he has ever seen. That may be the case, but having those device serial numbers will easily allow Apple and the authorities to blacklist the devices and essentially render them unusable.

Having 313 devices stolen on launch day could have proven catastrophic for potential consumers looking to purchase a new device. However, sources who claim to be familiar with the situation have informed that all pre-ordered device pickups would be honored and still go ahead as normal. Unfortunately, the same guarantee wasn’t given to those who were looking to walk in off the street and pick up a device today.