The Nexus 7 has been fairly successful for Google and their manufacturing partners, with Android lovers and tablet aficionados loving the premium experience that the product provides with the budget price-tag which Google has slapped on it. The 8GB and 16GB variants have been in the marketplace since the original launch in June of this year, and although Google has obviously been trying to keep it under wraps, it looks like the 32GB Nexus 7 tablet will be available to purchase sooner rather than later.

The gorgeous tablet has been under scrutiny by the media recently with rumors surrounding the existence of a version with a larger storage capacity as well as the possibility of a cellular data based version that removes the need for Wi-Fi to get internet access. The existence of the larger 32GB version of the device was recently confirmed, albeit by accident, when a Japanese based consumer received one prematurely.

To further prove that the 32GB version is coming, we have also seen the product being housed in online stores in a number of territories including the United States and Canada. The lack of any kind of physical representation of the device in actual retail stores would be kind of annoying if one hadn’t been snapped at a Staples store in the US. It hasn’t exactly been shrouded in the mystery that the folks over at Google would have wanted, but at least now consumers know that the chances are it will be hitting shelves around the world fairly soon. 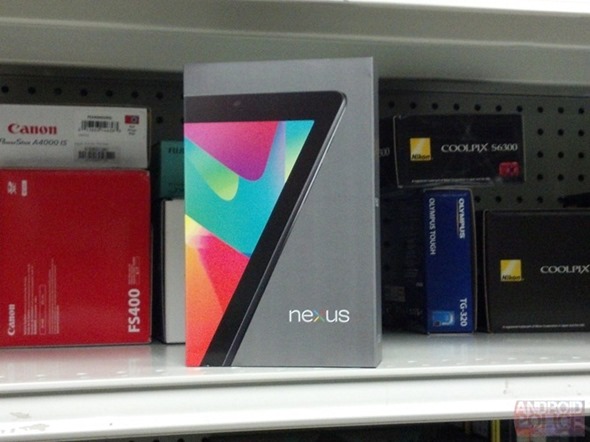 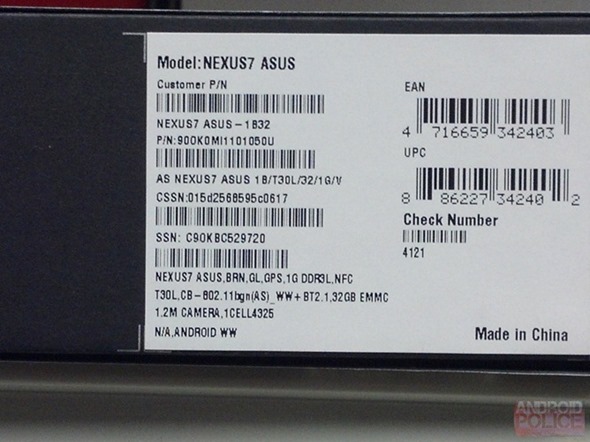 Reports are suggesting that Google will use their already-organized media event in New York at the end of this month to officially unveil the new Nexus 7 version. If that is indeed the case, then it could be a great event for Google, Android and technology fans in general as we could also see the new Nexus 4 and the first public outing of the latest version of Android. We are also seeing a leaked image that comes from within an internal system at Staples that has the £249 price-tag associated with the 32GB Nexus 7. 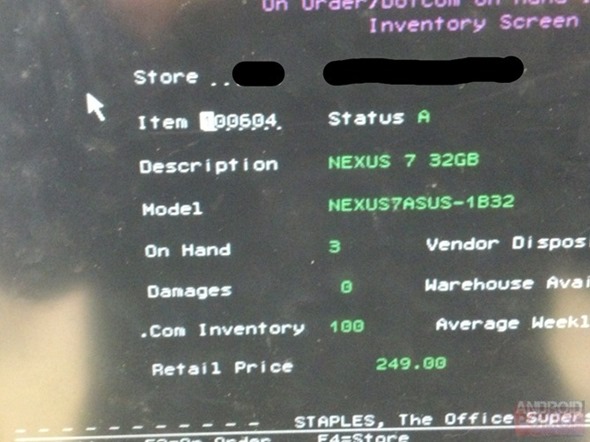 With Apple about to imminently announce the new miniature iPad that will enter into the same market space as the Nexus 7, we can only hope that the reported price-tag is accurate. If Apple introduce a similar device with a similar financial outlay required, it would make for some exciting competition in the mid-range tablet market.