Back when Google released the Nexus 4 in November of 2012, many lamented its lack of LTE. That wasn’t enough to stop it from becoming something of a cult hit though. Thanks to an amazingly low price and the fact that it was one of the few Android phones to feature a stock Android experience, the device has gone on to prove hugely popular, despite its lack of 4G technology.

Next month, Google will be holding its yearly developer event called Google I/O. It’s now the norm for Google to announce new products at that event, just as Apple has done with its WWDC event in the past. This year it is expected that a revamped Nexus 7 will be shown off by Google’s boffins, but some are also hoping for a Nexus 5 smartphone to debut alongside the rehashed tablet. 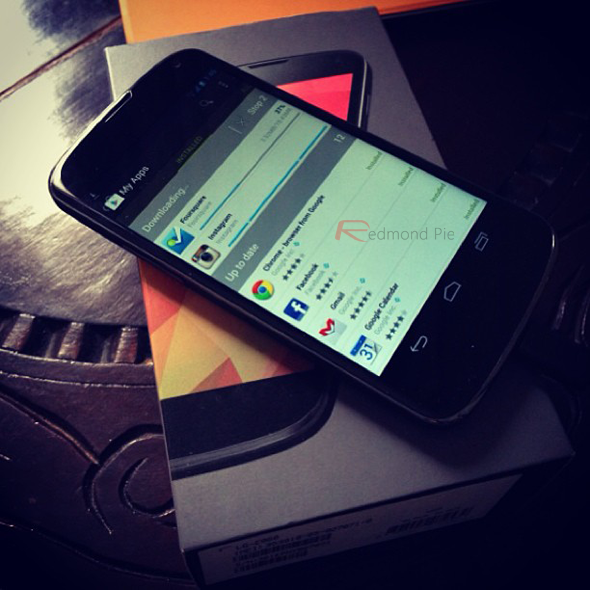 Perhaps just as interesting as either of those things though is the new rumor that a newly refreshed Nexus 4 will also take to the stage at Google I/O.

Keen to improve on a winning formula, Google is now rumored to have a new Nexus 4 ready for Google I/O, with the headline new feature being the addition of 4G LTE for those within reach of superfast wireless connectivity.

The inclusion of 4G, along with some other improvements, could make the Nexus 4 an even bigger hit than it already is. Some held off plumping for the device last year due to the lack of 4G, and by removing that barrier Google may make its device almost irresistible to those of us who prefer a stock Android experience.

Alongside the new 4G, the rumors Nexus 4 refresh is also claimed to feature a capacity bump, with 32GB believed to be the new upper limit. Currently, the Nexus 4 can only be purchased in either an 8GB or 16GB configuration. Extra storage space is always a plus.

We’re big fans of the Nexus 4 here at Redmond Pie, so we’re very much in favor of any improvements that Google can make to an already winning formula. In the face of ever growing competition from its hardware partners, Google may be set to try and snag part of the handset market for itself by refreshing its already popular smartphone offering.

And that’s why competition is good news, folks.