It was just yesterday when we got a glimpse of the updated 2014 MacBook Air specs, and today, as expected, said updates are upon us. And we have all the details right here.

As part of a relatively silent and backgrounded refresh, Apple has taken the opportunity to update its MacBook Air lineup. We’re used to the Cupertino based company not making a song and dance about Mac based refreshes unless there are physical new models to announce, so it comes as no surprise that this relatively small refresh nearly passed under the radar. The update to the lineup means that all MacBook Airs now ship with Intel’s latest Haswell processors and are now $100 cheaper than they were prior to the refresh. 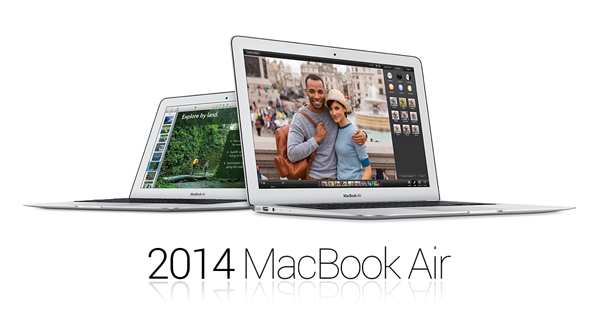 If you’re in the market for a new MacBook Air then don’t expect huge changes to the lineup as part of this relatively minor refresh. The fact that Apple has decided to make these changes only weeks before its annual Worldwide Developer Conference should allude to the fact that not a great deal has changed from yesterday when the older models were shipping. The entry-level MacBook Air, priced at $899.00, will now ships with an improved 1.4 GHz dual-core Intel Core i5 processor rather than the previously installed 1.3 GHz variant. The rest of the official technical specifications on Apple’s website seem to remain consistent. 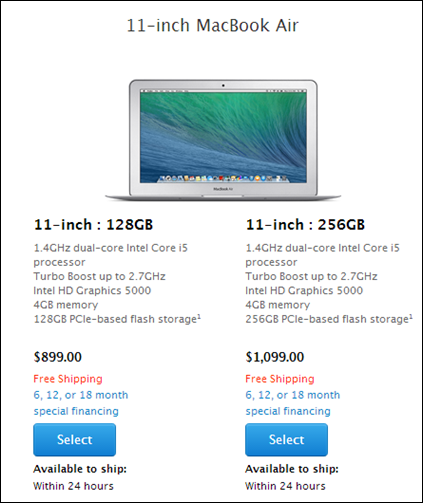 The base model MacBook Air’s will still ship with an installed 128GB solid-state drive. Consumers can of course opt for the slightly more powerful and improved model to double that storage up to 256GB. The changes to the lineup to include Intel’s latest Haswell processors doesn’t exactly come as a surprise as it’s been speculated for some time. However, there was also accompanying speculation suggesting that Apple would take the opportunity to bump up the base RAM package from 4GB to 8GB. The doesn’t seem to have materialized, with consumers still expected to part with more cash to upgrade to more RAM. 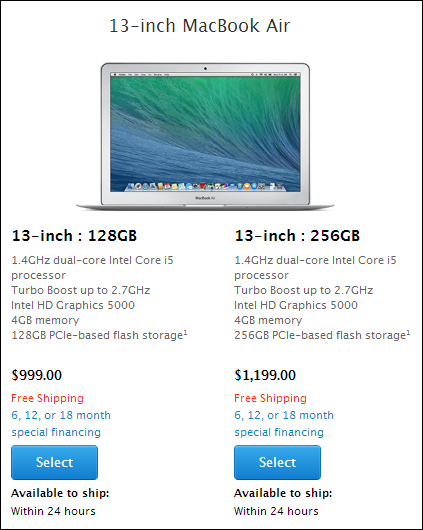 Today’s changes to the MaBook Air lineup are managing to perplex a few of us. Intel’s older-generation Haswell processors, when combined with the latest power-saving techniques deployed within OS X Mavericks, generated significant power and performance gains for Air users.

It seems a little strange for Apple to make this change at this time, unless the plan is to introduce a very slight upgrade in order to prolong the life of the current model MacBook Air.

11-inch Air models start at $899 with the larger 13-inch base model retailing at $1099. All models are currently showing as able to ship with 24-hours.