Last week it was revealed that the MacBook Air range would almost certainly be afforded a rudimentary refresh, including possible processor enhancement among a series of other minor tweaks. It is believed that said 2014 MacBook Air upgrade will arrive on Tuesday, and on the eve of the roll-out, a leaked shot appears to confirm all of the key details.

As expected, it’s not much to write home about, but there are still one or two noteworthy changes thrown in to the mix, as revealed by 9to5Mac. The processor, for example, currently sits at 1.3GHz i5 (Turbo Boost up to 2.6GHz), but after the refresh, will see a slight improvement to a 1.4GHz i5 (Turbo Boost up to 2.7GHz) as standard. So while it’s just reward for those who caught the news last week and decided to hold off, those who grabbed their new MacBook Air a few weeks ago won’t, I shouldn’t think, be left feeling too aggrieved. 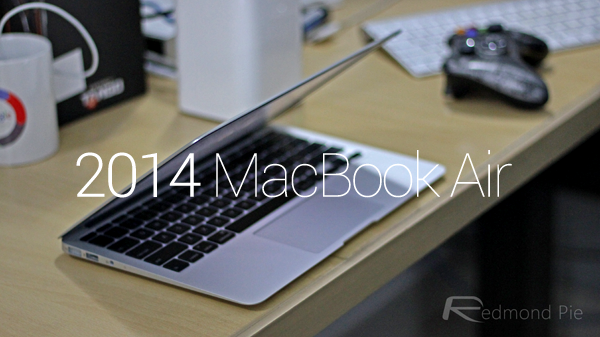 It’s always good to see improvements being made, but MacBook Air aficionados are waiting on something a little more substantial than this to release in the near future. It has been suggested that Apple will be releasing a 12-inch Retina MacBook Air, which would be the first time that the Cupertino’s ultra-thin notebook has been treated to the super-sharp panel.

Seen by many as the missing piece of the jigsaw of an otherwise perfect notebook, the pining for a Retina display has certainly been intensified by the fact that the MacBook Pro range received this upgrade quite a while ago, and while one would expect that packing in a more demanding display would make it difficult for the machine to maintain its signature thinness, it is reported that the 12-inch Retina MacBook Air is actually slightly slimmer than the pre-existing models.

Precisely when such a machine will hit the retail market, if at all, is a matter of debate, although with a spate of pivotal product launches said to be in the pipeline from Apple in the third quarter of this year, perhaps MacBook Air fans will finally get their wish of a Retina-fied experience.

In the meantime, though, the refresh of the current machines should occur from tomorrow, and as soon as it does, we’ll be sure to give you guys the heads-up.