OS X Mavericks, Apple’s newly-released update to its famed desktop operating system, may not offer a mind-boggling set of new features and improvements to the naked eye, but in actual fact, the MacBook Pro and MacBook Air notebooks both look set to reap the benefits of extended battery life.

The 13-inch MacBook Air 2013, which packs Intel’s new energy-efficient Haswell processor, can run for up to 15 hours without charge, which aligns very well with Apple’s promise from yesterday’s iPad media event, that the MacBook Air that boasts Intel’s latest and greatest chip, will see battery life improvements of up to 1.5 hours when running OS X Mavericks. 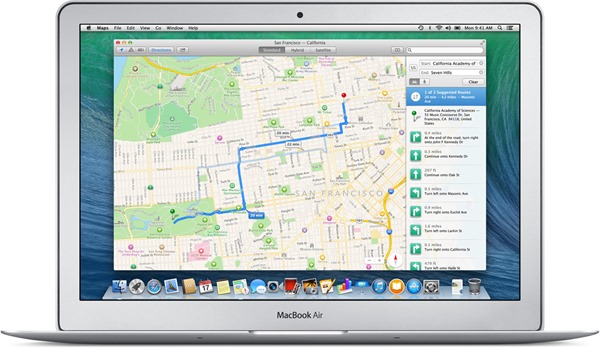 Apple has a knack for getting users of its products to adopt new software releases sooner rather than later, as was seen with last month’s release of iOS 7. For those sitting on the fence and sticking, for the time being at least, with Mountain Lion, this news of improved battery retention may just tip the balance, and if you’re the kind of MacBook user that likes to use their machine at all times when on-the-fly, the free Mavericks update would seem a no-brainer.

John Siracusa of Ars Technica has been doing some lengthy research on MacBooks running Mountain Lion vs. Mavericks, and as well as discovering that the gulf between this year’s offering and last year’s is quite significant, he also made some interesting comparisons with both OSes running on a 2007 MacBook Pro. 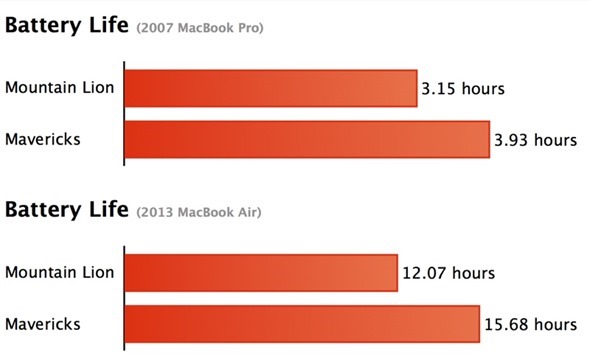 Indeed, as he has discovered, the MacBook Pro of six years ago can manage 3.15 hours on Mountain Lion vs. 3.93 hours on Mavericks, but what is perhaps even more interesting is that today’s MacBook Air can manage 12.07 and 15.68 hours respectively on Mountain Lion and Mavericks. Not only is this a leap of almost four hours of battery life, but in six years, MacBook battery life has improved fourfold, which is quite a jump even when we consider the fast-moving world of technology.

So, if you were wondering if there were any real benefits of upgrading to Mavericks, well, there you have it. Battery is significantly improved – more so on the Haswell models – and although Apple’s premium price bracket continues to put some consumers off, it’s hard to argue the case against the MacBook range being among the best, if not, the best in the business.