As far as the last twenty-four hours have gone, the news cycle has been dominated by new hardware. New iPads, new MacBook Pros and a new Mac Pro have been enough to take attention away from possibly the biggest thing to ship straight after Apple’s media event finished yesterday.

Having been in beta for months, OS X Mavericks 10.9 was yesterday made available to the public. What’s more, the new version of the Mac’s operating system was made available to everyone thanks to the fact that Apple took the decision to make it free to everyone. In turn, Mavericks looks set to be one of the most quickly adopted OS X updates to date, and that means that everyone’s on the lookout for what’s changed and, just as importantly, what shortcuts and tips there are out there. 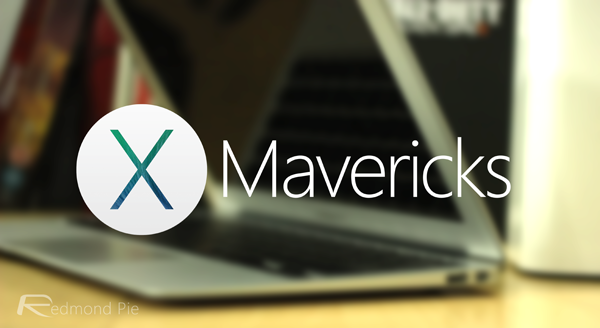 One little tip that has caught our eye after playing around with OS X Mavericks is the fact that Emoji icons can now be entered into any text field without having to venture into the old-style Special Characters window that we’ve been forced to use to date.

If you want to use an Emoji icon, simply have your cursor blinking away inside a text field and hit the CMD+CTRL+SPACE keys. Once you’ve contorted your fingers enough to do that then you’ll be presented with the new Emoji entry window that appears as an overlay. If you want to get back to that Special Characters window then scrolling down will display a search box. Beside that, you’ll see an icon. Clicking that will take you to the window you’re looking for. It’s really that simple. 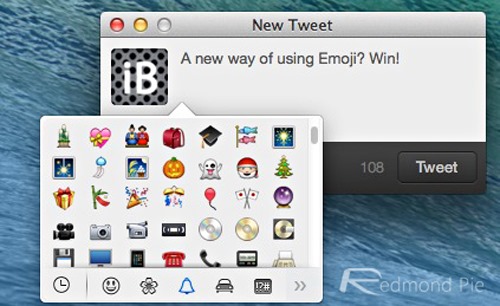 This new, easier and quicker way of entering Emoji icons is just one of a plethora of new features inside OS X Mavericks, and considering the fact it’s free there isn’t a great deal of incentive to hold off upgrading. Assuming device and software compatibility allows, of course.

OS X 10.9 Mavericks is available to download from the Mac App Store now, and costs absolutely nothing. Follow the link which we’ve added at the foot of the post, which includes the direct download link for OS X Mavericks, and dig into the new features for yourself!