A day back, some key details pertaining to the elusive MacBook Air with Retina display were made public, and accompanying the revelations, we also saw some impressive renderings that offered a visual take on the abundance of information. Now, one of our favorite designers has taken it upon himself to mockup the 12-inch MacBook Air in various different settings, and if it is indicative of the final product, we’ve a great deal to be excited about.

The idea of a Retina display gracing the MacBook Air is one that has lingered for many years; ever since the MacBook Pro was treated to a sharper panel well over two years back. But as per the recent coverage, the wait may have been worthwhile, with Apple apparently making some fundamental design alterations in order to retain the Air’s lightweight profile while bumping the resolution considerably. 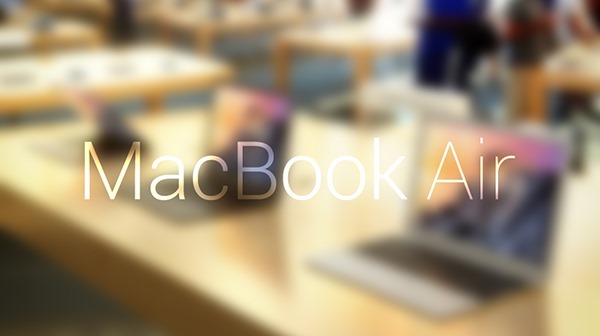 Resident designer and dreamer of some wonderful Apple concepts in the past Martin Hajek is back to his old tricks again, having taken in those visual cues and info from 9to5Mac’s initial report on the 12-inch MacBook Air and turned them into quite a spectacle.

Hajek’s impression of the 12-inch Retina MacBook Air isn’t too dissimilar from what we’ve already seen, but with multiple viewing angles and even a glimpse of how the new notebook may look when on sale in an Apple Retail Store, the product does now seem a little more real.

The as-yet unannounced MacBook looks superb in three dimensions, although as has already been discussed, there will be cutbacks in order for Apple to deliver such a svelte machine with that high-res display. Apparently, there’ll only be one port for connectivity, which would certainly take scrimping to a whole new level, but given that the Air is designed to serve the everyday consumer rather than the power user, it actually makes a great deal of practical sense.

Another noted space-saving technique will be to lessen the amount of space between keys on the keyboard, and thankfully, it appears that the thick bezel outlining the displays of both current MacBook Air models will also be downsized.

Anyway, feel free to drool over Hajek’s design below, and do, as ever, leave your thoughts and comments via the usual mediums. 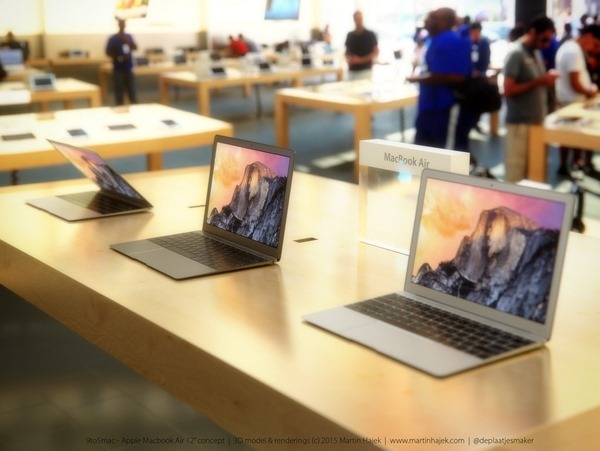 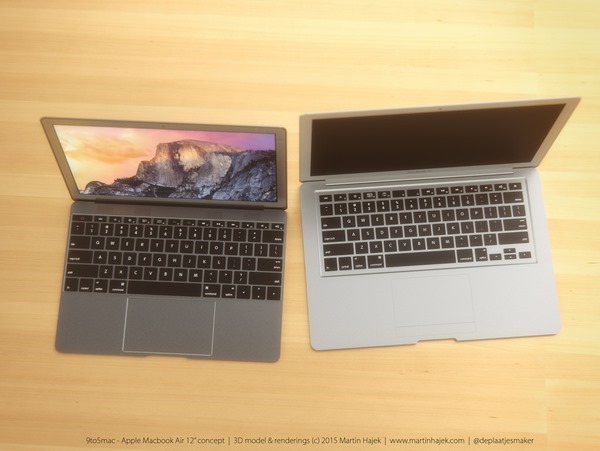 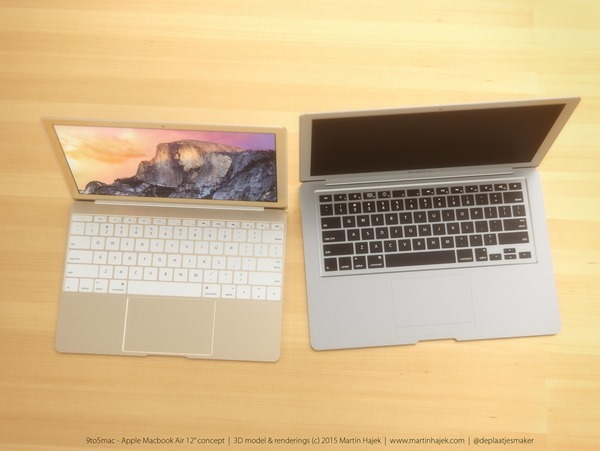 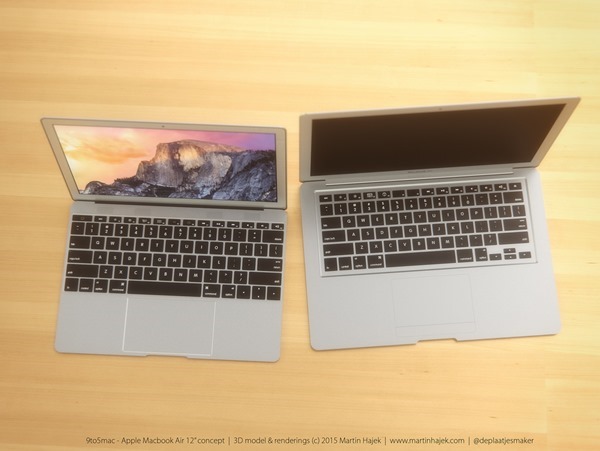 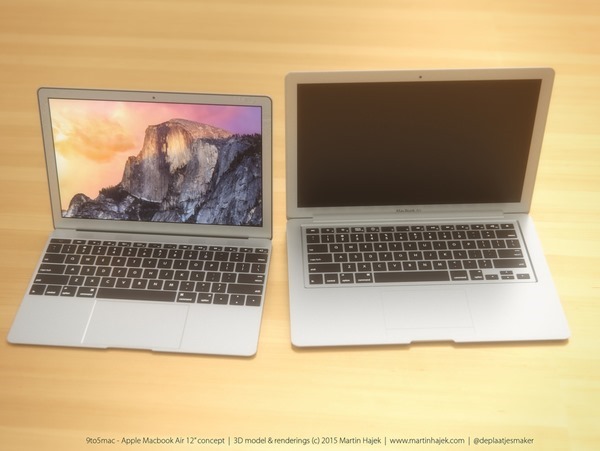 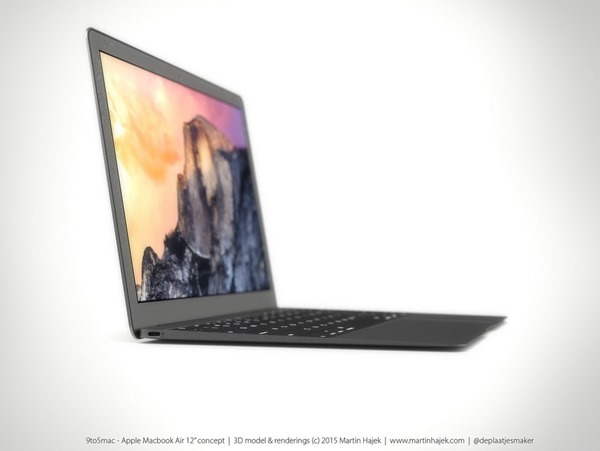 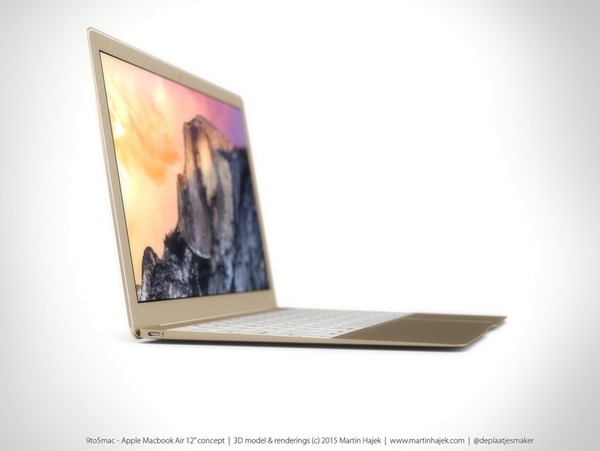 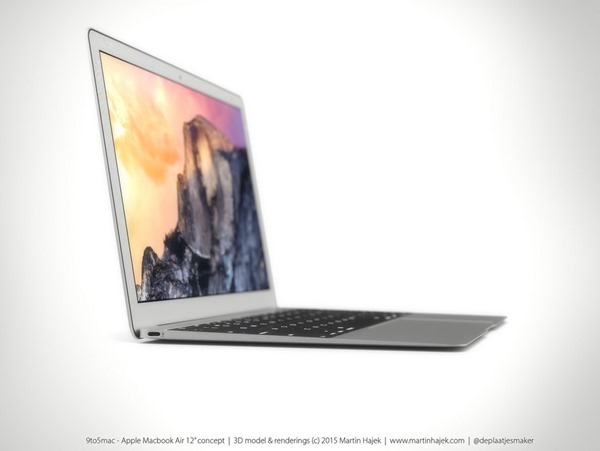 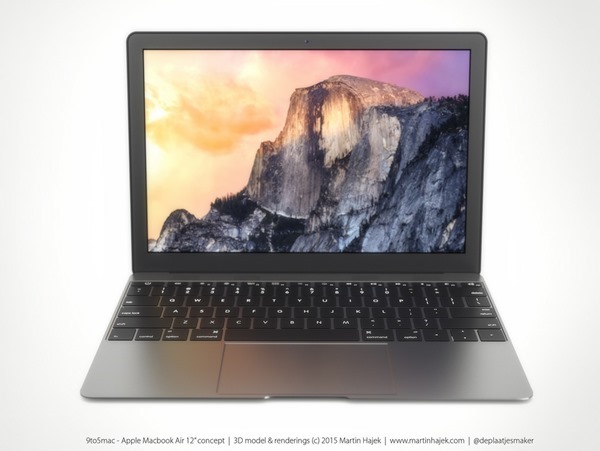 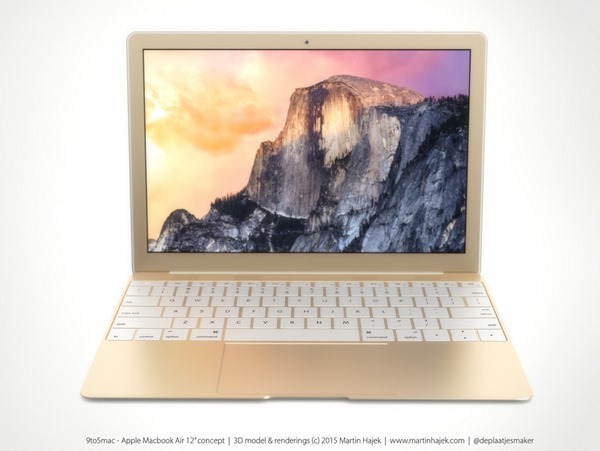 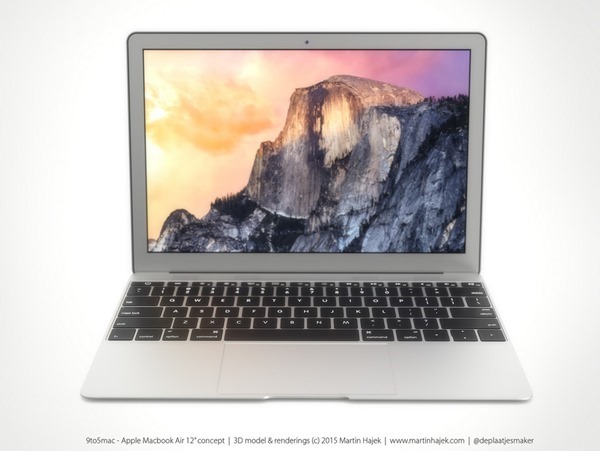