The 12-inch MacBook Air has been rumored ad nauseam over the past year or so, with Apple enthusiasts certain that the slick notebook will follow the lead of its more powerful cousin by incorporating a Retina display. Today, new details have emerged that paint a more vivid picture of what we can expect from the product’s apparent announcement around the time of WWDC, as well as some very interesting mockups.

Hitherto, we’ve only had tidbits and scraps to feed on as far as the Retina MacBook is concerned, but the folks at 9to5Mac have unearthed a number of details from what they claim to be a reliable internal source.

When the MacBook Pro was treated to a super-sharp display back in 2012, it did away with quite a few long-standing hardware features, notably the optical drive. The purpose of lightening the load was to ensure a slender form factor, and according to 9to5Mac’s report, the 12-inch MacBook Air will also be making sacrifices in favor of appearance and profile.

The sources of the report are close enough to the action to have tested prototypes of the machine firsthand, and as such, we now have a strong idea as to what’s next as far as Apple’s notebook endeavors are concerned.

The 12-inch Retina MacBook Air will apparently be smaller than the 13-inch variant while also being narrower than the 11-inch model, but since it has a larger display, also marginally taller. The following rendering provided by 9to5Mac offers a great comparison of current versus upcoming: 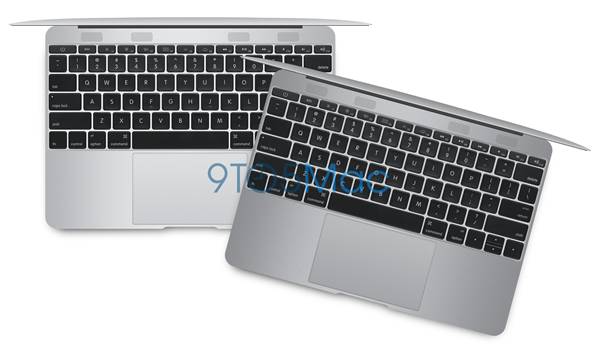 The general downsizing of the body is only the beginning of how Apple intends to shave vital millimeters off the Retina MacBook Air, though. The keys on the keyboard will be moved slightly closer together a scarcely noticeable amount, and should have no effect on the typing experience, while the iPhone maker will also be considerably reducing the number of ports in order to save space.

The edge-to-edge keyboard will also omit a number of function keys, which will not only reserve space but simplify the keyboard in general, and will sit above a revised trackpad that will, it is claimed, no longer click.

Internally, Apple is dubbing it the "MacBook Stealth," and if you were wondering whether Apple could make its prized notebook any thinner, these new details answer that question in quite damning fashion.