Here’s a list of 10 best iOS MKV file format video players for iPhone and iPad. These apps will allow you to watch videos right on your device in the famed high-quality format. Download links and list can be found here.

If you find yourself spending any amount of time watching TV shows or movies on an iPhone or iPad then you have no doubt found yourself on the lookout for a media playing app on more than one occassion. The App Store is full of such apps with varying feature sets that should see even the more demanding user catered for. 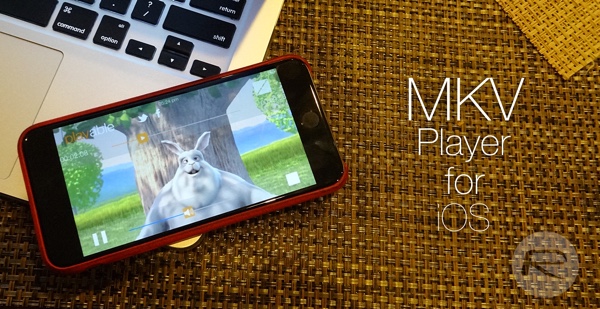 We feel fairly confident in saying that one of the features that will be towards the top of most people’s wanted lists is good MKV file support. The file format that the majority of video files find themselves in these days, MKV files are not natively supported by iOS but if you have the right app then you will not only be able to play the video, but you’ll also get some of the associated benefits such as better sound and improved video definition. That kind of thing can come in very useful if you’re using earphones or want to push the video onto a big screen.

With so much choice we thought we would put together a list of ten great iOS video players that support MKV video files so you at least have a good idea where to start when shopping around. Some of these apps are free, and some will cost you money, but they will all happily play your MKV files. 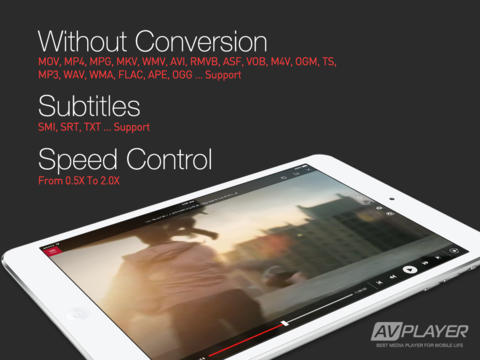 Two distinct apps, both costing $2.99, the AVPlayer apps offer controls for playback speed, video scrubbing and USB or Wi-Fi transfer for getting content into the app. You can passcode protect content too. We wonder why that might be! 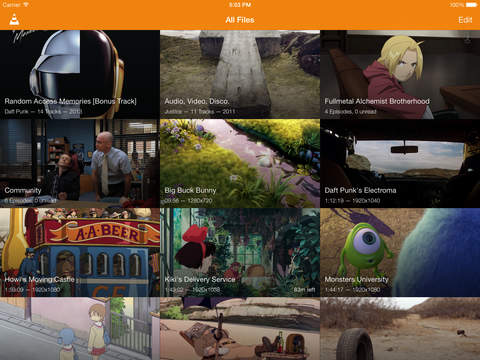 VLC for iOS is the baby brother to the VLC that we have all been using on the desktop for years. It may be for mobile but it’s full of features and costs nothing, which is a bonus. File sync with the likes of Dropbox and Google Drive is a welcome feature and one that can be hugely important depending on how you watch your videos. 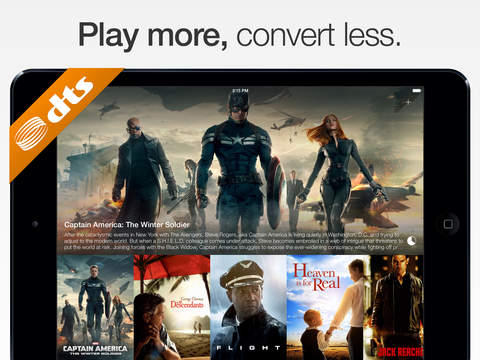 Infuse is arguably the best video player around depending on who you talk to. Now up to version 3, this newly updated app supports DTS and DTS-HD audio for files that have it. The app is also probably the best looking video player in this list as well, which may or may not make a difference to you. Infuse 3 is free to download but comes with a bunch of in-app purchases if you want to unlock its full potential. The IAPs range from $2.99 to $9.99, but the free base version of the app will cover most bases in terms of video playback. 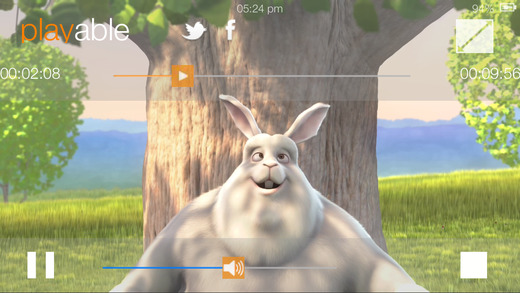 Playable is available in both free and PRO versions, with the latter costing $1.99 and free of adverts. We’re not huge fans of some of the design choices that went into this one, but it supports just about everything, hence the name.

You can download Playable from here, Playable PRO from here. 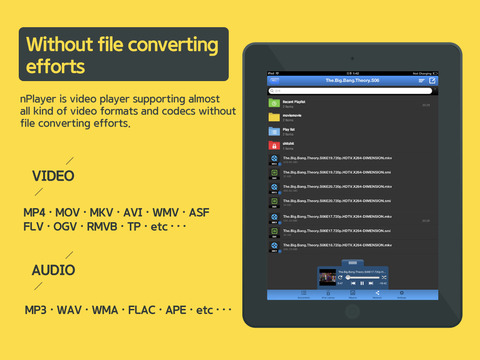 Certainly not cheap at $4.99, nPlayer is a universal app that looks like it could do with a redesign. With support for video files we’ve never heard of and all the Dolby audio codecs you could want though, nPlayer may be worth checking out even with that price taken into account. 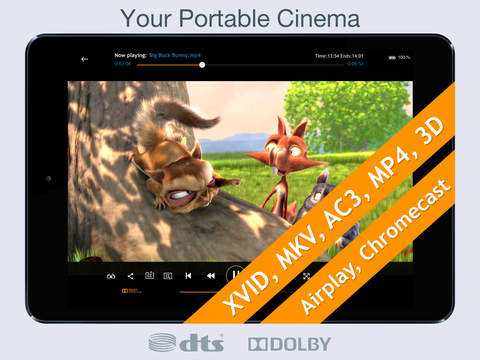 Costing $3.99 for the iPad and $1.99 for iPhone, CineXPlayer HD supports 3D video of sorts as well as all the usual video formats and video output capabilities you would expect to see from an app on this list. Live TV channel support gives this app a leg up on most others though, should that be a consideration for you. 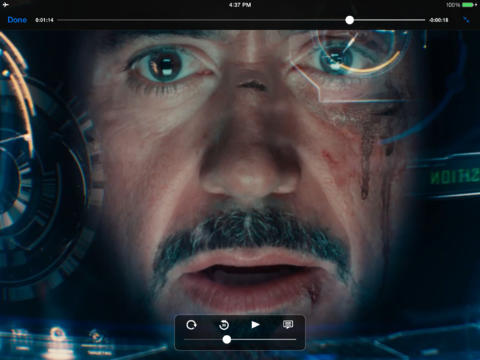 Another universal app that will cost you nothing, Flex:player ticks all the boxes although licensed decoders require an in-app purchase. Keep that in mind when downloading. 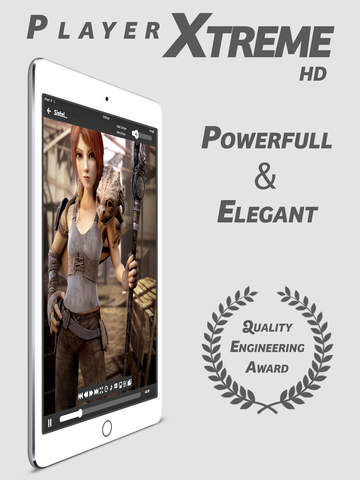 Free and one download for iPad and iPhone, PlayerXtreme supports UPnP and DLNA connectivity which can be a big feature when trying to get content ready for watching. Folder tagging and coloring also makes things interesting when organising content too, which is perfect for those with large libraries. 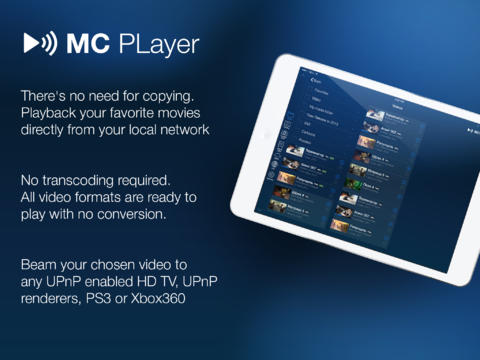 Available in free / Pro flavors and with the ability to talk to game consoles and other potential devices that can act as a go-between for getting content onto a big sccreen, MCPlayer offers in-app purchases which unlocks advanced features. The free player should be enough to get you started though. 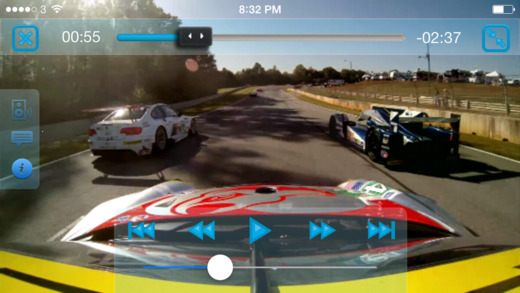 The final app on our list comes with the usual array of features including support for HD formats, video thumbnails and enough file formats to keep even the most demanding of users happy. It is even capable of playing audio in the background when the app is closed. Good stuff.

There are plenty of apps that haven’t made our list, but with the names that did make it we are confident there will be at least one app here that will do whatever it is you need and more. We suggest starting with the free apps first, especially if you aren’t quite sure what you need from a video playback app right out of the gate.