YouTube for iOS Updated With ‘Send to TV’ Functionality, Lets You View Videos On Xbox 360, PlayStation 3 Or Smart TV

If you enjoy watching informative or downright entertaining videos on your way to work or school, you likely have the YouTube app for iOS installed in a prominent place on your home screen. However, the YouTube videos you so enjoy on your small device may soon make it on the big screen as a “Send to TV” feature has been implemented in the last update of YouTube for iOS, following suit after an update for the Android app earlier this year was released, which made the same much-needed improvement.

For those who might not remember, YouTube and Netflix worked together on a new standard, which it unveiled last month, allowing mobile apps to quickly “beam” content over to a TV or set-top box, and even your Xbox or PlayStation 3. While the standard allows all developers to make it much easier to enable connectivity between an A device (such as a smartphone) and a B device (such as a set-top box), not major third-party apps have implemented this as of yet. 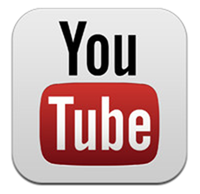 YouTube has implemented this new standard very seamlessly: a new “Sent to TV” button has been added to the video view on every video capable of being played on a large screen TV. From there, your TV, set-top box or console will be discovered and the content will automatically show up; after this step, your mobile device will function as a remote, with all of the controls that you would normally use to play, pause or scrub through the video still available on the device, and with immediate effect on what’s played on your TV.

The official YouTube app for iOS has certainly come a long way since it was introduced last year. Replacing the built-in iOS YouTube app, which was removed with the release of iOS 6 late last year, the new YouTube app features a new layout and more immersive video features. More interaction with TVs set-top boxes and consoles are just what is needed to solve the problem of connectivity between big-screen TVs and smaller Internet-connected devices.

Similarl to the previous versions, YouTube for iOS is available free of charge from the iOS App Store.