The act of YouTubing has become almost synonymous with checking out the latest viral videos the Web has to offer, and as such, seldom would you find any digital device bereft of a native or at least third-party YouTube app. As well as smartphones and tablets, the major consoles also include their own YouTube apps, and the PlayStation 3 client has just been dealt a minor update by Google. Full details on the new release can be found after the break.

The YouTube app for PlayStation 3 is already a fairly solid experience, but Google has now added an all-new “send to TV” feature that makes the process of essentially mirroring your mobile device’s display – sharing clips straight to your TV – a very seamless and hassle-free one. In a sense, it’s very à la the Xbox 360’s SmartGlass, which has been around for a good while now, and although not everybody will be rushing to use this new functionality, it’s nice to have it there.

To operate the send to TV feature, you will need to pair your smartphone or tablet over the same Wi-Fi network to which your PlayStation 3 sources its connection. This will allow clips to be streamed without any kind of lag straight to your HDTV, and with no need for any PIN entering once you’ve paired your devices, you won’t have those annoying delays and can just get down to the important business of enjoying your content. There’s no update for the mobile YouTube app to get up and running with the whole thing, but be sure to be on the latest version of YouTube for Android or iOS, still.

As ever with app updates, there is the usual array of bug fixes and performance enhancements making for an all-round more enriching experience.

The PlayStation 3 may be nearing the end of its tenure as Sony’s flagship console, but with HDMI output and a Blu-ray drive as standard, I can foresee even early adopters of the forthcoming PlayStation 4 keeping hold of their old gaming machines for these general viewing purposes. 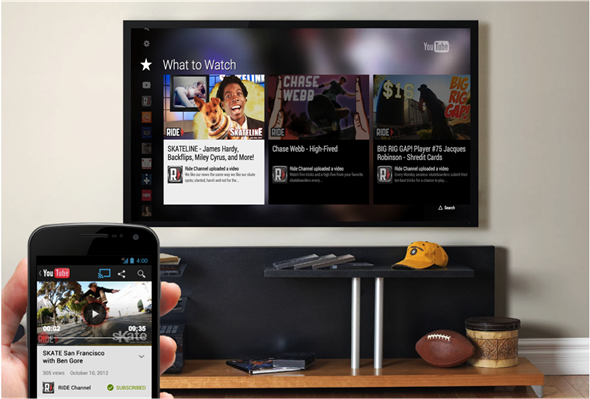 If nothing else, the PS3 makes a great entertainment system, and even when the current games are made to look outdated against the razor sharpness of the next-gen engines, the PS3 will likely still be situated in a room somewhere in most people’s houses, playing those Blu-ray favorites as well as YouTube clips via YouTube app.

If you have a PlayStation 3 at home, be sure to give this new update a shot!